Breaking Ground: A non-exhaustive list of Black scientists within geology / / by the BGS EDI Group 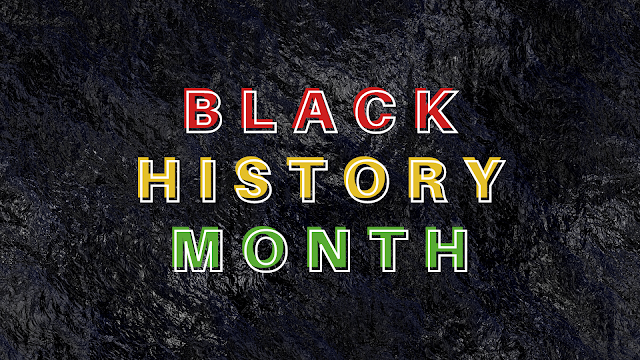 October marks Black History Month in the UK. This national celebration provides an opportunity to honour the accomplishments of Black people. It also gives us time to pause and reflect on the challenges that people within our society encounter in their day-to-day lives because of their skin colour, be it direct discrimination or systematic racism.

We wanted to mark the occasion by sharing with you some of the most prominent Black scientists in the field of geology during the 20th century. From the first Black scientist to achieve degrees in geology to the wide range of research achievements that have had major impacts on industry and modern society.

Dr Gladys Mae West developed the mathematics behind GPS, one of the most important technologies of the present day.

Beginning her scientific career at the Naval Surface Warfare Centre in the US, Dr West was a ‘human computer’, working on long, complex mathematical equations based on the collection and processing of data from satellites. These equations, plus her contributions to modelling of the irregular shape of Earth (the geoid) became the basis for GPS.

Dr West was inducted into the Air Force Hall of Fame in 2018.

Dr Philip Emeagwali is probably best known for designing the program and formula for the Connection Machine, the fastest computer on Earth, and is widely credited as one of the ‘inventors’ of the internet.

There was also a geological aspect to Dr Emeagwali’s work with the Connection Machine, in that he created parallel processing simulations which led to better understanding of the subsurface and better informed oil well placement. This modelling has highly influenced how geophysicists search for and recover crude oil and natural gas.

For his work using the Connection Machine for oil-reservoir monitoring he received the 1989 Gordon Bell Prize.

Matthew Alexander Henson is the very definition of an intrepid explorer, having spent around 18 years on expeditions, including seven voyages to the Arctic. It is said he was the first person to reach the North Pole. Henson worked as an assistant, translator (he spoke Inuit, and also studied their way of life to help enable his team to survive the Arctic conditions), craftsman and hunter. Prior to his visits to the Arctic, Henson worked as assistant to explorer Robert Edwin Peary to survey the jungles of Nicaragua for a proposed canal route. This expedition cemented the pair’s friendship and led to a long working relationship together.

In 2000 Henson was posthumously awarded the National Geographic Society’s Hubbard Medal for exploration, discovery and research.

Dr Bromery was recognised for his work on the Earth’s magnetic field, especially in relation to the location of minerals, a subject on which he has authored over 150 research papers.

In 1989 he was elected President of the Geological Society of America.

Image courtesy the University of District of Columbia

In 1942 Dr Marguerite Williams became the first African-American to receive a PhD in Geology in the US, with a dissertation entitled: A History of Erosion in the Anacostia Drainage Basin. This work focused on understanding of impact of human activities such as deforestation, agriculture and urbanisation on flooding of the Anacostia River.

Dr Williams became a professor at Miner University and also taught at Howard, helping to inspire a new generation of geologists.

In 1963 Dr Mack Gipson Jr became the first African-American man to be awarded a PhD in Geology, from the University of Chicago.

Dr Gipson also founded the National Association of Black Geologists and Geophysicists (NABGG). The NABGG was set up in 1981 to inform Black geologists and geophysicists of jobs in the discipline while also provide financial support and opportunities for students to gain valuable on-the-job experience. Dr Gipson was also a member of the National Petroleum Council.

Dr Dawn Jeannine Wright is an American geographer and credited as creating the first GIS data model for oceans. She is at the forefront of marine geology and ocean exploration. Dr Wright was the first African American woman to dive in the Woods Hole Oceanographic Institution's National Deep Submergence Facility, becoming one of the first observers of the East Pacific Rise’s seafloor, post volcanic eruption.
Dr Wright is the Chief Scientist at the Environmental Systems Research Institute (ESRI). She goes by the nickname ‘Deepsea Dawn’. Currently Dr Wright is working to help create the world’s first 3D ocean map.

Dr Christopher Aiden-Lee Jackson is Chair in Sustainable Geoscience at the University of Manchester. His PhD was undertaken at the University of Manchester and concerned the tectono-stratigraphic evolution of sedimentary basins.
Noted by The Times as "one of the UK's best-known geology professors, Dr Jackson is a passionate science communicator. In 2020, he gave a lecture for the prestigious Royal Institution Christmas Lectures entitled the Planet Earth: a User's Guide, this meant Dr Jackson was the first Black scientist to present at the Royal Institution of Science lectures. Dr Jackson has also appeared on various other TV programmes shown on stations including BBC2, BBC4 and National Geographic.
Dr Jackson is noted as saying he wants to "create opportunities for Black geoscientists", which is reflected in his activism for minority geoscientists, especially young and early career geoscience students.
This prestigious list features just a few of the world’s pioneering Black geoscientists, yet we recognise that geoscience is a long way from racial parity. We will add to this list over the coming year, highlighting the work of many others from past and present.

If you want to find out more about the contribution of Black geoscientists, why not look up #BlackInGeoscience on Twitter or follow @BlkinGeoscience.

Do you have more suggestions of Black geoscientists we should be celebrating? Please let us know in the comments!