UNESCO in the UK / / by Kirstin Lemon

on June 03, 2020
Kirstin Lemon is the Team Leader for Information and Infrastructure at the Geological Survey of Northern Ireland with a specific role to promote and communicate the skills, services and values of GSNI and geoscience in general. Kirstin spends a significant amount of her time working with UNESCO Global Geoparks in the UK, Europe and internationally to promote sustainable development through geoscience and provides advice and guidance to organisations in the UK and Ireland on sustainable geological tourism and the promotion of geological heritage. Here she explains what Global Geoparks are, and where in the UK you can find them...

A UNESCO Global Geopark is an area with internationally important rocks and landscapes, all of which are managed responsibly for tourism, conservation and education. Whilst geology may be their foundation, UNESCO Global Geoparks build upon that by bringing it together with other aspects of heritage such as archaeology, history, culture and biodiversity, all of which are intricately linked with the ground beneath our feet. All of this achieved in collaboration with local communities who help drive forward sustainable economic development and conservation to make UNESCO Global Geoparks better places to work, live and visit. 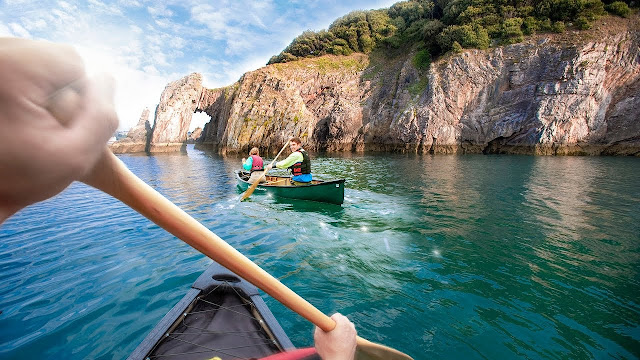 Situated within the stunning, rolling hills of South Devon, the English Riviera UNESCO Global Geopark can be found in Torbay, and includes the resort towns of Torquay, Paignton and Brixton. Torbay's geology has created a beautiful coastline, linking the rich diversity of the landscape with its wildlife, people and culture.

The Geopark's outstanding historical contribution, both in terms of the development of geological and archaeological sciences is astounding: from the Huttonian Theory, to the naming of the Devonian Period by Sedgwick and Murchison, and even Pengelly's cave exploration discoveries revealing what is possibly the earliest anatomically modern human fossil so far discovered in northwestern Europe. 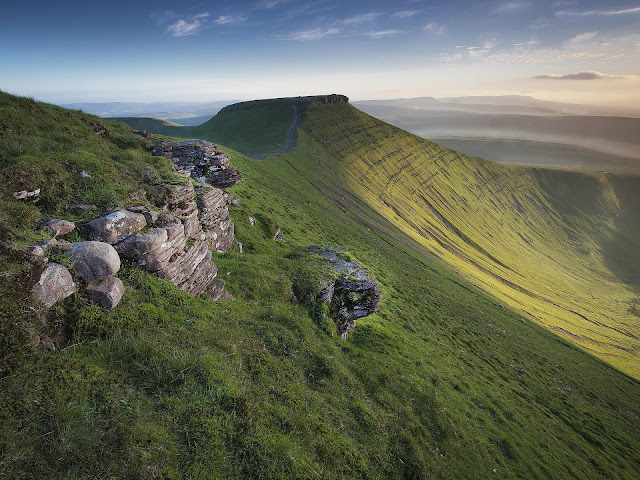 Fforest Fawr, or ‘great forest’ in English, is a swathe of upland country that comprises the western half of the Brecon Beacons National Park in South Wales in a landscape that sees the transition from rural mid-Wales to the industrial valleys of south Wales.

The rocks and landscapes of Fforest Fawr Geopark record significant events in the Earth’s history and help us to understand the geological evolution of Wales, the rest of the UK and Europe. Spanning a period of 480 million years, the Geopark plays host to rocks from the Ordovician to Carboniferous period and a stunning array of glaciated landscapes. It’s importance in geological history is highlighted in the globally recognized terms Llandovery and Silurian named respectively after a local town and the Celtic Silures tribe who inhabited the area during Roman times.

The Geopark is also known for its industrial heritage from the past 200 years with quarries, limekilns, canals, coal and silica mines all present. The legacy of when the area was exploited for metal production and its industrial past is now an integral part of the dramatic landscape. 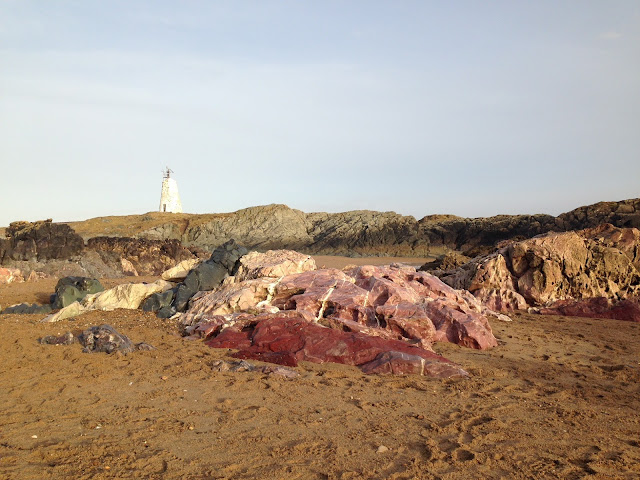 GeoMôn gets its name from Ynys Môn, Welsh for the isle of Anglesey, the largest of the Welsh islands, and located off the north west coast of Wales. The entire island is part of the Geopark with its spectacular geological history that spans four eras, 12 geological time periods and 1800 million years.

GeoMôn tells of the opening and closing of ancient oceans, the growth and eventual death of volcanoes, the blossoming of life in shallow tropical seas, through to the formation of huge ice sheets that grew and then eventually melted away in response to recent changes in our climate. 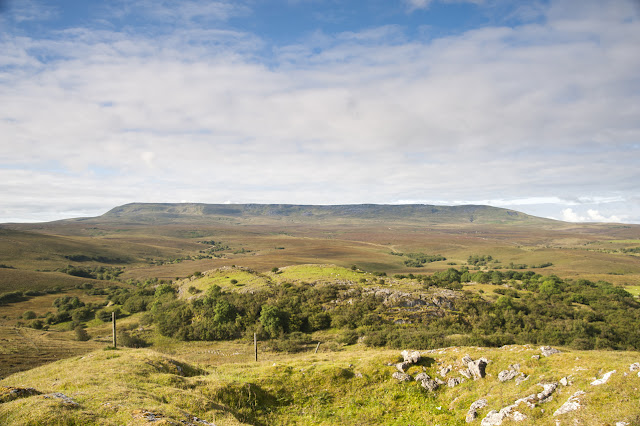 Straddling the border between Co. Fermanagh in Northern Ireland and Co. Cavan in the Republic of Ireland, the Marble Arch Caves UNESCO Global Geopark was the first area in the UK to be recognised as a Geopark in 2001, and became the first transnational Geopark in the world in 2008. The geology of the Geopark covers a vast array of geological time starting with the oldest Precambrian rocks and continuing to the present day with the active formation of cave and karst features.

By far the most dominant geological features are Carboniferous sedimentary rocks. This is best seen at Cuilcagh Mountain, that literally straddles the border, where a complete sequence of rocks covering 8 million years (from 337 to 329 million years ago) is preserved and is one of the most important places internationally to witness the evolution of a sedimentary basin from this time.

Glacial landforms make up a significant part of the geodiversity of the Geopark. The vast tract of glacial ribbed moraines (or ‘rogen’ moraines) that extend across Mid-Cavan are internationally important in terms of their unique size and with regard to glacial research. 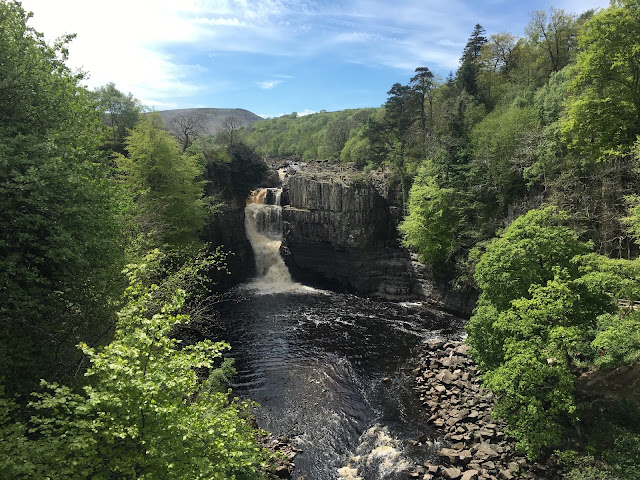 Located in the uplands in the north of England, the North Pennines UNESCO Global Geopark stretches across the counties of Durham, Northumberland and Cumbria and shares its boundary with the North Pennines Area of Outstanding Natural Beauty (AONB).

The landscape reflects nearly 500 million years of geological heritage with layers of Carboniferous sedimentary rocks forming terraced hillsides and the famous Whin Sill, an igneous intrusion from around 300 million years ago that forms distinctive scarps and dramatic waterfalls.

However, the Geopark is most famous for its mineral veins where over the centuries lead ore and other minerals have been mined leaving behind a rich industrial and cultural heritage with ruins and spoil heaps dotting the spectacular and varied landscape. 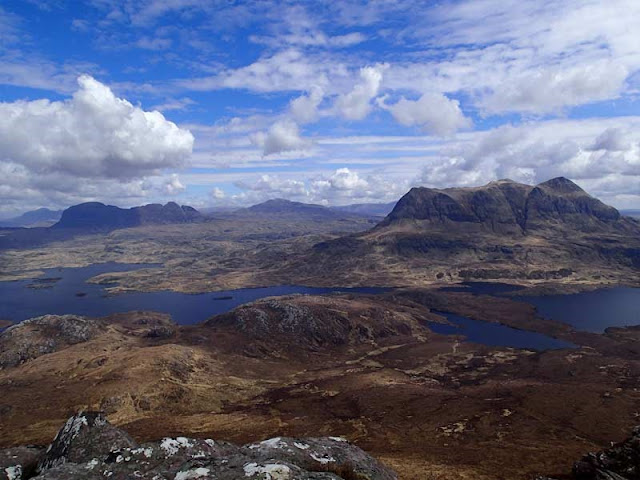 Seen by many as the cradle of modern geology, the North West Highlands UNESCO Global Geopark is located in the far north west of Scotland and encompasses some of the finest mountains and coastal landscapes in the UK.

The Geopark was a key area in the history of geology incuding the ‘Highlands Controversy’ which ended in the recognition of the Moine Thrust Zone and the first thrust belt ever to be scientifically documented. The area is home to the Lewisian Gneiss, the oldest rocks in Europe at 3 billion years old. It is also home to the earliest evidence of life to be found in Europe: simple-celled algal life (stromatolites) occurring in the Torridian Sandstone dated at 1.2 billion years old.

The Geopark hosts a vast geodiversity and covers two-thirds of the Earth’s history. Its landscapes are famous the world over all of which are as a direct result of the underlying geology leading to the phrase “The landscape is the Geology; the Geology is the landscape”. 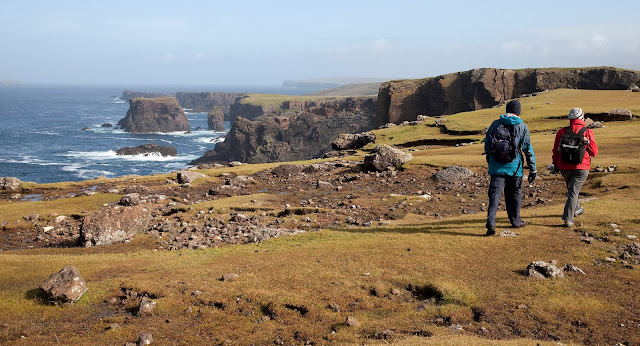 Its rocks tell an amazing story of how the world has formed and changed, with oceans closing and opening, as well as mountains forming and eroding. Its northerly location also means that it is a haven for wildlife, especially birds, as well as having a strong Norse heritage all of which are intricately linked with the landscape.

Recently appointed the UK’s eighth Geopark, the Black Country Geopark is steeped in industrial history, as well as stunning geology which stretches 428 million years into the past.

During the 1830s the Industrial Revolution began in the Black Country (in fact, the name itself was inspired by the pollution arising from industry) and the area was covered with mines, factories and mills thanks to its rich coal seam and abundance of iron ore.

The geopark encompasses geosites across the Black Country, which incorporates Dudley, Sandwell, Walsall and Wolverhampton. Features stretch over 256 square kilometres and include Blue Rock Quarry, which has superb instances of dark crystalline igneous rocks and ‘onion weathering’, and Saltwells, which is one of the UK’s largest urban nature reserves. 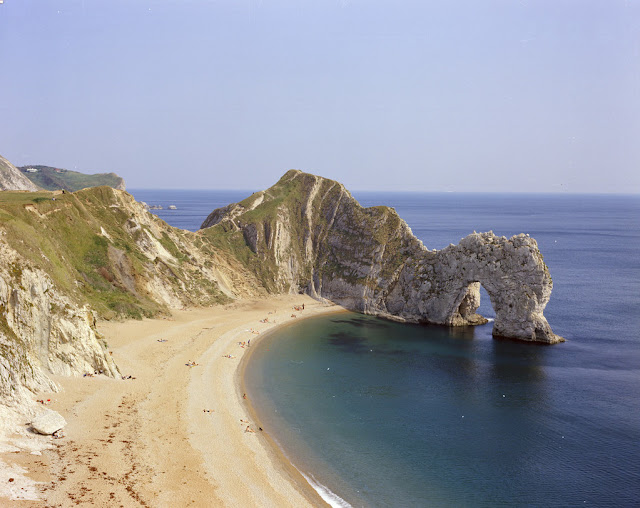 More commonly referred to as the Jurassic Coast, the Dorset and East Devon Coast WHS provides an almost continuous sequence of rock formations spanning the Mesozoic Era. Despite the common name, the coastline tells the story of the Triassic, Jurassic and Cretaceous periods and includes a number of internationally important fossil localities.

Due to its coastal location the Jurassic Coast also demonstrates some classic coastal geomorphologic features making this one of the most important teaching and research sites in the world. 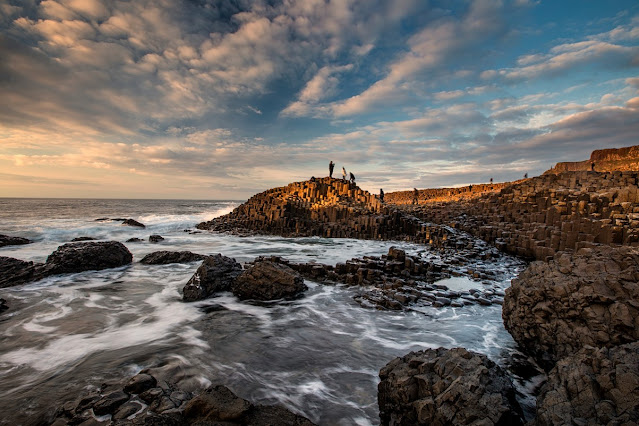 The Giant’s Causeway is located on the edge of the Antrim Plateau in Northern Ireland. It is famous the world over for its enigmatic basalt columns that jut out into the sea, of which there are an estimated 40,000 in total. The polygonal columns form a type of pavement that inspired the legend from where the location gets its name. The story tells of a causeway built so that local giant Finn McCool could stride across and fight a Scottish giant on the other side of the sea.
The real story is much more impressive and geological studies show this dramatic landscape formed by volcanic activity during the Paleogene period around 60 million years ago. But it’s not just the basalt columns that tell a story, the cliffs along the sea coast, together with the columns have been key to shaping the understanding of the sequence of events at the start of the Palaeogene period associated with the opening of the Atlantic Ocean.

The Giant’s Causeway has inspired artists and scientists over the past 300 years. It is one of the UK’s most iconic landscapes attracting visitors from all around the world and is widely used as a symbol of Northern Ireland. *