BGS Publications: A Treasure Trove of Knowledge / / by Lynsey Clayton

on May 14, 2020
As a member of the Enquiries/Sales team at BGS Keyworth, Lynsey Clayton sources educational resources, as well as the Geology Shop’s beautiful geological specimens. Having studied Geology at the University of Greenwich, and with an avid interest in educational outreach and reading, she is keen to pass on her love of the Earth sciences.
As I write from my spare room desk, with a view of nesting birds gathering around the feeders in my garden, I realise how much many of us have settled into our new – albeit temporary - way of life. We are finding more time to enjoy the simple things, working in different ways, with different challenges; and generally adjusting our lives to fit the new normal.
As all of the BGS sites are currently closed, it’s not possible for us to provide you with hard copies of our beautiful maps and detailed, informative memoirs. Don’t despair, because many are free to view online and you can access these right now, from any computer or tablet, at the click of a finger.
Our publications viewer contains numerous publications, many of which are free to view (non-downloadable). These range from historical bulletins, wartime pamphlets, detailed reports, and up-to-date regional/district memoirs. I’ve picked a few of my favourites to share with you.

Whisky on the Rocks: Origins of the 'Water of Life' by Cribb, S.; Cribb, J.; Bell, R.; British Geological Survey. 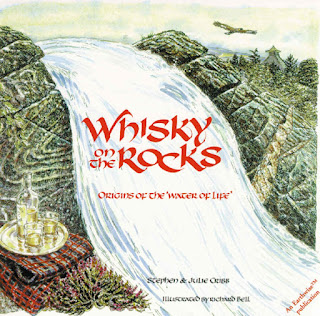 A much loved favourite when it was in print, Whisky on the Rocks describes the origins of whisky and its geological connections. The importance of the rocks through which the vital water used by distilleries passes is discussed, as you are taken on a tour starting from the ancient Argyll Islands, to the ‘young’ volcanic regions, including Mull and Antrim. 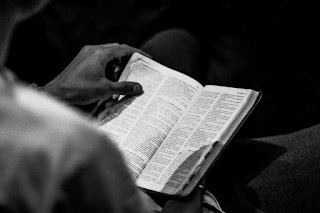 With the onset of the Second World War it was up to the Survey to contribute to the war effort by producing a succession of memoirs comparable with Strahan's Special Reports on Mineral Resources that began during the First World War. However, as publications of that length would take a long time to publish and longer to print, the survey produced a quick succession of short reports, with illustrations, covering a range topics including water and mineral resources. For history alone, they are a fascinating read and you’ll be busy for hours delving into their rich information.

One of a small series of explanatory booklets (which accompany 1:25,000 maps), covering areas of outstanding geological interest, this was the most recently produced. These booklets describe the background geology of an area, and are aimed at the amateur geologist, student or professional.
The image above shows the spectacular cliffs of Aonach Dubh, in lower Glen Coe, which are made up of Silurian volcanic rocks of the Glencoe Volcanic Formation. Andesite sills on the lower slopes are overlain by prominent crags of rhyolitic lava–like ignimbrite, formed by explosive volcanic eruptions that initiated formation of a caldera.
Glen Coe is layered in history: the intense geological landscape formed through violent volcanic eruptions and transformed by glaciers, the home of legendary Celtic hero Fingal, and tragically, the Glencoe Massacre of 1692. Glencoe has been recognised as an area of classical geology for almost a century and detailed mapping has been carried out over many years. Recent re-mapping has found many new discoveries, which are discussed in detail in this book. It makes for an absolutely fascinating read. You can also view the map which this book accompanies, on our map portal. Another treasure trove if you have the time to explore.
I hope you have enjoyed exploring these three publications, and come across many more of interest. Geologically speaking, you can enjoy our knowledge like a stratigraphic column, from the oldest historical publications to more modern, up to date mapping and research.
If you have any questions about the BGS Publications Viewer or Map Portal, please contact the Enquiries Team.