on February 11, 2020
Penny Reeve is a Digital Communications Officer at the British Geological Survey. To celebrate the International Day of Women and Girls in Science, Penny recommends some of her favourite scientific books, written by women...


"To rise to the challenges of the 21st century, we need to harness our full potential. That requires dismantling gender stereotypes. On this International Day of Women and Girls in Science, let’s pledge to end the gender imbalance in science."
- UN Secretary-General António Guterres


February 11 marks the International Day of Women and Girls in Science. Currently less than 30% of researchers worldwide are women, and only around 35% of females choose STEM related fields to study in higher education. At BGS we’re dedicated to encouraging women and girls to start a career in science, whether that’s geology or any of the vast range of other scientific careers available to them. We're also proud holders of the Athena Swan Bronze Award, which recognises the steps we're taking towards gender equality.

To help promote women in STEM, we wanted to share some books written by females which inspire us, whether they be scientific explorations of gender bias, biographies of other women or texts on earth sciences. This is by no means an extensive list, so please do share any recommendations you have for books authored by females in the comments. Personally, I’m always open to increasing my TBR pile!

A beautifully illustrated book, Rachel Inotofsky’s Women in Science is just right for the younger scientist in your life (or as a fab coffee table book). Featuring fifty brilliant women such as Mary Anning, Lise Meitner, Grace Hopper, and Mae Jemison, the book provides a great overview of female scientists across a vast scope of disciplines. There’s also a brilliant illustrated glossary in the back. If you’re close by, you can pick up a copy of the book from our BGS shops in either London, Nottingham or Edinburgh.

Forgotten Women: The Scientists would be an excellent follow-on novel for teens-and-up who loved Women in Science. Coming with its own lovely illustrations, it’s an engaging and more in-depth look at female scientists both forgotten and slightly less so (surely Ada Lovelace can’t be categorised as forgotten!) and is helpfully split into disciplines. I was particularly happy to see geophysicist and seismologist Inge Lehmann on the list. 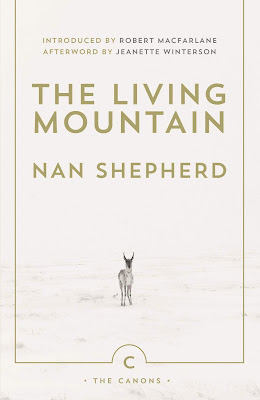 The Living Mountain: A Celebration of the Caingorm Mountains of Scotland
Nan Shepherd

It would be remiss of us to have a list of great scientific books without Nan Shepherd’s The Living Mountain. Described by the Guardian as ‘the finest book ever written on nature and landscape in Britain’ Nan’s book is a must for nature lovers. Part memoir, part scientific research diary, Nan meticulously details the landscape of the Cairngorms in rain and shine, while postulating on our relationship with nature.

The magnetism of Earth is an endlessly fascinating subject, one which gained much traction in late 2019, as our compasses pointed directly towards true north for the first time in around 360 years. In North Pole, South Pole Gillian Turner – a lecturer in geophysics and the Victoria University of Wellington – explores how Earth’s magnetism was discovered, and by who, and how we’ve been exploring magnetism since then. North Pole, South Pole is a fascinating read although a little less accessible to those without scientific grounding than some others on the list.


Timefulness: How Thinking Like a Geologist Can Help Save the World
Marcia Bjornerud


“Our impulsive and pugnacious age needs geology” comments New Scientist, while reviewing Bjornerud’s Timefulness, and they aren’t wrong. Extremely accessible and full of beautiful analogies which help the reader get to grips with the vast scale of Earth and all of its foibles, Timefulness is an – ahem – timely book that should be read by all concerned by climate change and who believe we need to challenge society’s anthropocentric point of view. The overarching message of Timefulness implores us to think in geological terms and bear in mind the long term effects of our actions on the planet, rather than on our short term measures.
If you’re wondering about her credentials, Bjornerud is chair of geology and Lawrence University, an experienced field geologist, a Fulbright Scholar and writes for the New York Times. 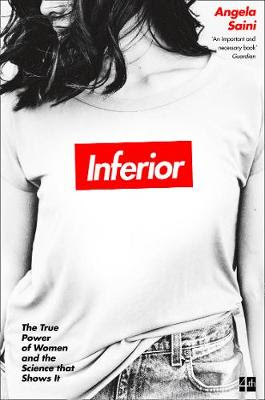 Inferior: How Science Got Women Wrong and the New Research that’s Rewriting the Story
Angela Saini

If you’ve not heard of Inferior over the past year you’ve probably been hiding under a… wait, never mind. Anyhow, Angela Saini’s brilliantly written and contemporary Inferior, described as “a battle cry” by the Observer, is an exploration of how science has misrepresented women and enforced gender norms. As Saini herself warns, the book isn’t always comfortable reading, but her exploration of the science behind stereotypes is eye-opening and thoroughly fascinating.

Here’s one for little rock lovers. Our protagonist, Rhoda, goes on a hike with her aunt and uncle and finds lots of wonderful rocks that she pops in her backpack to take home. As the walk progresses, her backpack becomes too heavy to carry, so Rhoda comes up with a wonderful solution which benefits both herself and other hikers. The book inspires younger children to enjoy nature through its great protagonist, and imparts a great lesson about sharing our joy in the planet we live on.


The Glass Universe: How the Ladies of the Harvard Observatory Took the Measure of the Stars
Dava Sobel

Turning our gaze to the stars, Dava Sobel’s The Glass Universe is an inspiring tale of Harvard College Observatory, an all-female team who helped progress astronomy by collecting glass photographic plates and studying them to uncover the secrets of the cosmos and classify the stars. Their tale is especially inspiring, as it takes place in the nineteenth century when women in the workplace had fewer rights than women today. The book is peppered with excerpts from letters and diary entries, making the book feel more intimate, and allowing us an insight into the women of the Harvard College Observatory like never before.

We couldn’t write a list of fantastic female STEM authors without including one of our own. Kathryn Goodenough is a Principal Geologist at the British Geological Survey and currently leads our DfID-funded projects globally, as well as researching the critical metals needed for green technologies.
Based in Edinburgh, when not travelling the world Kathryn still loves to visit the North West Highlands. Her passion for the area, which largely correlates with the North West Highlands Geopark, shines through in this fantastic collection of walking routes and interpretations of the local geology. Published in partnership with the Edinburgh Geological Society, the book details this remote area of Scotland with passion and boundless knowledge.
Kathryn has a wealth of geological papers to her name, should you want to learn more about her research. 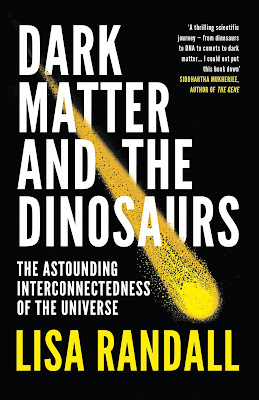 If you want a thought provoking and frankly thrilling read, then Lisa Randall’s Dark Matter and the Dinosaurs is a must-have. Randall is a theoretical physicist at Harvard University and is well known for her out-of-the-box thinking regarding dimensions, and a paper on warped spacetime which is one of the most cited in particle physics. More recently Randall turns her hand to dark matter, where she postulates that a disk of the substance around the Milky Way could be the reason for the extinction of the dinosaurs. It’s an unorthodox theory but one worth digesting.

We live in a world that is inherently sexist by design, explains Caroline Criado Perez in Invisible Women. Everything from snow ploughing, to driving to cooking has a gender bias. To eradicate this bias not only do we need more women scientists and researchers to ensure we're paying attention to women's needs (though these needs, Criado Perez explains, are not always met by women either) but we also need to ensure we're using data that accounts for females.
Each chapter of Invisible Women opens the eyes and exposes just how often we've been overlooked in all walks of life, from manufacturing and design to city planning - whether intentionally or not. Criado Perez argues that to create an equal - and safe - world for women, data and the bridging of will play an important part. And sadly, women will have to play an important part in changing mindsets to incorporate this data.
This book, which is written so engagingly it's almost a novel, was my favourite read of 2019.

For our last title, I thought I’d add a fiction book to the list. Written by psychologist Kate Mascarnhas, The Psychology of Time Travel is the tale of four female engineers who invented time travel, and the ‘conclave’ that grows out of it. It’s by turns a mystery, a sci-fi novel and a delicate portrayal of mental illness. Mascarnhas’ handling of time travel is thoroughly fascinating but it’s the relationship between the women in the story – both good and bad – that really brings the story together. A great field trip read, perhaps?


Finally, I'll leave you with our video from last year's International Women's Day, where our scientists explain what #BalanceforBetter means to them, and why gender parity is so important.

Happy International Day of Women and Girls in Science!