on August 29, 2019
Prof Mike Stephenson is the Executive Chief Scientist for Decarbonisation and Resource Management at BGS. Here, he tells how geoscience can help play a role in managing and reducing climate change...

A paper out today in the journal Petroleum Geoscience identifies the vital role that geoscience will play in averting climate change. The paper summarises the views of a hundred of the world’s top energy geologists who gathered for this year’s Geological Society Bryan Lovell meeting, and encourages the wider geological community to get together to develop the tools to decarbonise the energy system. 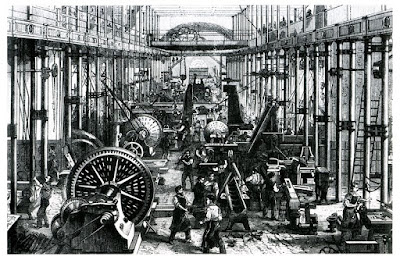 Geology has always had a lot to do with energy. During the 19th Century - the carbonisation period we now know as the Industrial Revolution - geology was pivotal. The UK carbonised using its high calorific value; easily accessible coal, iron ore and limestone, thereby moving away from the constraints of biosphere carbon to geosphere carbon.

Transitioning from the current ‘oil economy’ to a renewables economy - decarbonisation - is one of the biggest challenges for the modern world, alongside communicable diseases and urbanisation. Geology will be just as important for decarbonisation as it was for carbonisation – a whole range of options can contribute directly including geothermal, carbon capture and storage (CCS) and biofuels with CCS (BECCS), and indirectly by contributing to better energy storage (compressed air energy storage and hydrogen storage).

One clear option for geological decarbonisation that emerged at the meeting was geothermal. About 20% of the UK’s emissions come from natural gas-fired heating of buildings, mainly homes. Decarbonising these heating systems is a challenge. You could perhaps convert to electricity but this would hugely increase demand; you could convert natural gas heating to hydrogen, which would be expensive; or you could use geothermal heat.  The available heat in the UK (including deeper hot dry rock and shallow geothermal), is around 200 exajolues (1 EJ is 1018) joules). This is enough for about 100 years of heat supply at present consumption rates. Perhaps the most suitable for UK housing would be low-enthalpy (shallow) heat. BGS’s UK Geoenergy Observatory (UKGEOS) Glasgow project is looking right now at the possibilities for shallow heat to be extracted from old coalmines.

Other ways that geoscience can contribute to decarbonisation relate to the earth as an energy store or as a store for CO2. In compressed air energy storage (CAES), caverns can help to provide grid-scale energy storage to even out the intermittence of renewables. Caverns can also be used to store hydrogen to cope with interseasonal variation of hydrogen use on an industrial scale. Perhaps best known for its direct way of dealing with emissions reduction is carbon capture and storage (and its relative carbon capture storage and utilisation, CCUS). The Lovell meeting restated the importance  of CCS in its ability to achieve very high emissions reductions from power and energy-intensive industry, and that it can be scaled up for negative emissions in the event of emissions reductions not falling within the envelope of the Paris agreement.

The meeting also touched on some very innovative ideas for energy storage, for example turning rocks directly into batteries. Can the distribution of ‘trace’ metals in mudstones, for example, be used to imitate redox flow batteries? Can we use salt caverns as reservoirs for battery electrolytes?

The authors of the paper think that geoscience has an enormous amount to contribute to decarbonisation. Indeed it may be true that decarbonisation, and ambitious aims such as the UK’s zero-carbon commitment by 2050, can’t be achieved without geoscience and the subsurface. Decarbonisation may also be a way to revitalise the science of applied geology as the oil and gas industry – a long time sponsor of geoscience and employer of geologists – begins to change its business model and adapt to a new low-carbon world.


What to do next? The geoscience decarbonisation community need to get together more, realise our common challenges and learn to speak with a common voice so that we get noticed by the legislators and policy makers. We have a really inspiring and practical message. Let the geologists get on with helping to decarbonise!