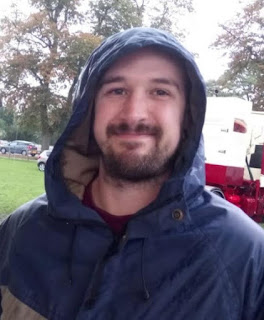 Hi, I am Blaine Hancock and I began a NERC funded PhD at the University of York in October 2017 working in partnership with the British Geological Survey and Environment Agency. My main research aims are to understand how the biogeochemistry and productivity of small English lakes have responded to anthropogenic climate change and using this to predict how they may change in the future.
The impacts of climate change on lake biogeochemistry is largely understudied with the majority of research investigating impacts at a hydrological level. Biogeochemical changes in small lakes are particularly understudied despite 90% of England’s estimated 6,000 lakes falling within this classification (<10 ha in size). Small lakes tend to support more unique and threatened species compared to larger lakes with many of them in England being granted Site of Special Scientific Interest (SSSI) status and/or are designated conservation sites. Evidence suggests that these refuges for threatened species show an enhanced response to climate change, which is characterised by a faster rate of water temperature rise than in larger and deeper lakes. In general, climate change is expected to produce conditions which will become increasingly unfavourable to submerged plants. Increases in the cycling of carbon and nitrogen through a lake catchment has the potential to increase algal growth in surface waters and reduce light penetration. A loss of submerged plants will have a significant impact on the organisms that depend on them and degrade the lake ecosystem as a whole. It is therefore essential that we understand how lake biogeochemistry responds to changes in climate and how this impacts lake systems at an ecological level. Through this we can make predictions as to how these lakes will change in the future.
﻿

My study sites (Lake Gormire, North York Moors; Sunbiggin tarn, Yorkshire Dales; Blea tarn, Lake District) are all SSSI’s with Lake Gormire containing sparse but rare species of macrophyte and Sunbiggin Tarn a recognised conservation site for three species of very rare snail. Sediment cores were taken from each lake using a gravity corer over the summer of 2018 and subsampled on the shoreline. The cores will be dated using radiometric techniques to establish a chronology and will most likely reach back to around 1850AD. The cores will also be analysed for carbon and nitrogen isotopes at the BGS Stable Isotope Facility to assess how changes in the sources of organic matter to the lakes have developed over time. Sedimentary pigments (chlorophyll and carotenoids) will also be used to assess how the lakes productivity has changed and uncover the wider impacts to algal communities. Together these data will be compared with historical instrumental weather records to provide a robust understanding of how climate change experienced in the UK over much of the 20th and 21st centuries has affected lake biogeochemistry and productivity. This information will be used to project future lake conditions and help understand the direction and magnitude of biogeochemical change in English lakes.