Last fortnight, more than 9,000 people and 484 organizations from around the world came together in 83 cities across 44 countries to engage directly with NASA at the largest hackathon ever held. Volunteers ranged from graphics designers, hardware and software developers, school teachers, project managers, database engineers and scientists. Wayne Shelley and Steve Richardson, from our Nottingham office, are advanced GIS developers and part of the team behind our app production.... such as iGeology and mySoil..... here they recount the experience of the NASA hackathon. 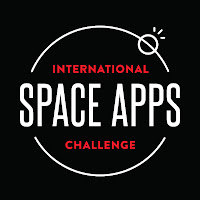 We joined the ‘Soil Testing Kit’ challenge at the Met Office in Exeter with a video link to the Growers’ Nation team at the Google campus in London:
http://spaceappschallenge.org/challenge/soil-testing-kit/

This challenge had several desired outputs: 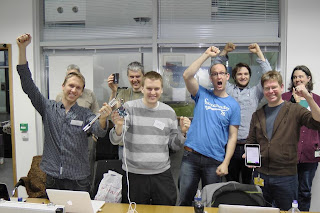 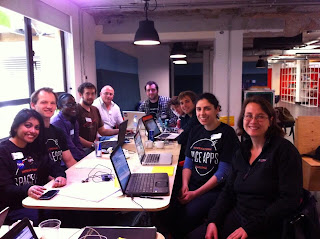 Our team also included graphics designer Tom Rogers. He created some really nice instructions on how to collect pH and soil texture.

The ‘Soil Testing Kit’ won first prize at the London event and was Highly Commended at Exeter. A collaborative entry will now be entered into the International finals.

Well done everyone involved. We both had a great weekend.
Cheers
Wayne Shelley and Steve Richardson 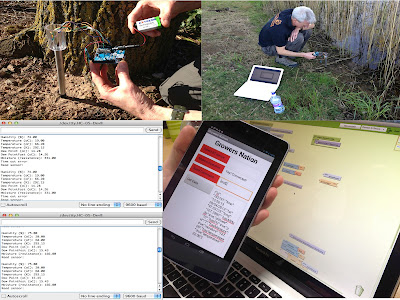