Apprenticeships: an alternative route to a successful career...by Jacob Poole 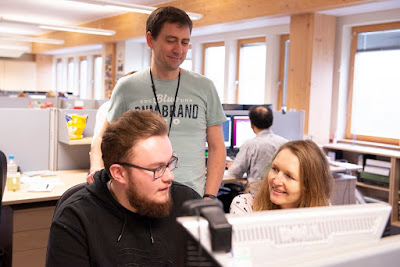 It is easy to fall into the mind-set that university is the only option if you want a solid career with a good wage. That is the mind-set I fell into when I was picking out which A levels I wanted to work towards. The problem was, at 16, I had no idea what I wanted to do or what I was working towards. As a result, I had no direction. I did my AS exams (I did not entirely fail...or pass) and then I decided that the best thing for me to do was drop out.

Was I giving up any chance of a career? Would I be stuck working a low paid job for the rest of my life with no hope of career progression and wage growth? At that point, it hit me. There was another route to success available to me. In the current climate of apprenticeships and college courses, with the right attitude and work ethic, you can pick up a career without a degree.

I had just turned 17. How does a 17 year old decide what they want to do for the next 50 years of their life? My interest was in computers; I had built my own gaming computer, fixed my parents computers, soldered wires together my rabbit had chewed. I decided that would be what I would pursue. Bring on the job hunt! I started searching for an apprenticeship that I could travel to easily. Thankfully, living in Nottingham, there are lots of IT opportunities in the area. I found a college course in IT that promised an apprenticeship. I applied, went for an interview and I was offered a position at the college, starting in August.

BGS held a round of interviews for about 15 people in my college course, with two job openings. I applied and interviewed for both a Network Support role and a Web Developer role. For my interview, I took in a copy of a website I had made at college in the hope this would increase my chances. I recently asked the Head of Information Systems, Patrick Bell, what made him decide to hire me over the others? He said that my ability to communicate with adults and my enthusiasm towards computers were what mainly got me the job. Admittedly, at the time, I wanted the Network Support role, as I had no idea how anyone could write code (how times have changed!). BGS offered me the role of Web Support Apprentice (Web Developer) and I haven’t looked back since.

During my first months at BGS, I worked hard. I spent hours learning simple coding languages (HTML and CSS) and received tutoring from my line manager in the harder to grasp concepts. I was making changes to existing web pages and creating basic pages of my own from scratch. My work was relatively simple, but allowed it me to find my place in web development. 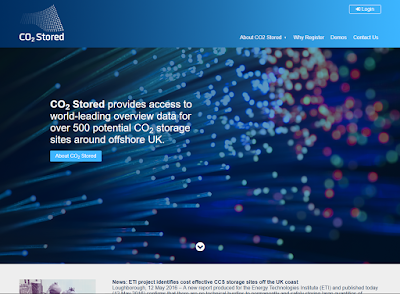 After a few months, I transferred to another team. I learnt more advanced programming languages (MySQL, PHP and JavaScript) for a project called CO2 Stored. CO2 Stored provides an online search facility for information relating to potential CO2 storage sites. I regularly felt way out of my depth. However, as an apprentice I was given more room to learn whilst doing work, so I took advantage of that and tried to learn as much I could in the time I was given.

Upon completion of my apprenticeship, BGS offered me a permanent position as a Web Developer. This is where my career really started to take off. I took everything I had learnt over the year of my apprenticeship and kept on learning. I spent hours at home learning more and more in my own time and actively sought help from colleagues on areas that were harder to grasp. I would say the key to being successful in your apprenticeship and the beginning of your career is not losing your enthusiasm.

I gradually found my niche in front-end development; I am good at it and passionate about it. I transferred onto teams as the front-end developer where the whole look and feel of the application was down to me to work on. This was daunting at first, but it allowed me to learn so much that I wouldn’t have learnt if I was working under someone else’s guidance. I spent hours researching best practices and ways to make websites usable by all types of users, including those that are visually and hearing impaired. 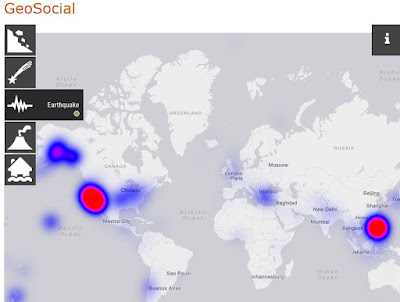 I received guidance and tutoring from my colleagues to grow my knowledge to cover the full stack of application development including the creation of databases. This led to me being the sole developer on some projects, where I advanced existing code written by more experienced developers. I then went one-step further and designed the complete architecture for an application called GeoSocial. GeoSocial harvests social media messages relating to geohazards (landslides, floods, earthquakes, volcanic eruptions) and displays geo-located tweets on a Graphical User Interface (GUI). I was responsible for deciding the server operating system to use, the language for the backend and frontend code and the software for the database. It was then down to me to develop, configure and manage the system! This is still my proudest achievement to date, not because the system is overly complex, but because in the space of 2 weeks I created a robust system from scratch with very limited knowledge of most of the technologies I was using.

When I began my full time contract at BGS, I started on a junior grade at Band 8. After a couple of years at this band, growing my programming and professional skills, I was encouraged to apply for promotion. This was quite a gruelling process, but made me aware of the bigger picture to the work I was doing. After around 5-6 months of creating my promotion case, with continuous feedback and help from many experienced colleagues and managers, I sent off my application for review. Around two weeks later, I received an interview offer and went to London for an interview with very senior members of staff from across the Natural Environment Research Council (NERC). Whilst this was perhaps the scariest thing I have done at work, it definitely helped me with my long-term career goals. Shortly after the interview, I received notice that my application was successful, and I was promoted to the graduate grade of Band 7!

During my time at BGS I’ve been privileged to be able to visit Bucharest and London for week long trips, I’ve been down to Southampton to attend a conference and I’ve had countless training courses. BGS has given me the knowledge and opportunity to become the developer that I am today and receive the salary that I will be doing upon my departure from BGS. My experience at BGS really does show that apprenticeships are a great way for companies to find new employees, and that young people do not necessarily need to get a degree to get a lifelong career.