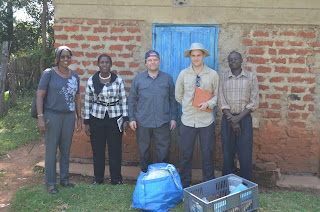 The Inorganic Geochemistry team within the Centre for Environmental Geochemistry (CEG) has, with partners from the International Agency Research Cancer (IARC), the World Health Organisation’s cancer research agency based in Lyon, France, Moi University and the University of Eldoret, recently completed a survey of environmental samples in West Kenya, ranging from the tea estates in Nandi Hills through Iten (famous for Kenyan runners) and down into the Rift Valley. Dr Valerie McCormack from IARC and Dr Diana Menya at Moi University are studying the high incidence of squamous cell esophageal cancer (EC) in Kenya’s Rift Valley. The environmental survey will complement a case-control study being conducted in Eldoret, which includes individual-level questionnaires, tumour analyses and biomonitoring (blood and urine) collection and information on approximate residential location. Various causal factors are now under investigation - high-strength ‘kill me quick’ alcohol consumption or hot tea drinking, but they are unlikely to fully explain the burden. IARC-WHO is also leading similar BGS-supported work near Mount Kilimanjaro area of Tanzania (see previous blog and http:\esccape.iarc.fr ).

Is there an environmental link to esophageal cancer?

Worldwide, EC has a very peculiar geographical distribution, for example, this is the second most common cancer in Kenya yet it’s extremely rare in West Africa. A hypothesis was presented in that an environmental factor could be contributing to the higher incidence of EC in localised areas, such as exposure to potentially harmful elements or organics (e.g. PAHs from wood fires) or deficiency of essential micronutrients, such as zinc or selenium (Qiao et al. 2009) that diminishes the body’s ability to recover from or buffer an event that may cause cell damage (Schaafsma et al. 2015).

The BGS team, with support from the CEG and BGS Global, assisted IARC-WHO, Moi University and the University of Eldoret in designing and undertaking a survey of soil, water and crop samples in the vicinity of Eldoret, with the primary aim of linking geochemistry and crop data with areas in which EC is a common.  In addition, the data will demonstrate a spatial understanding of the geochemistry of the differing climatic zones and food production areas from the Rift Valley to the tea estates in Nandi Hills and provide an indication of micronutrient composition or presence of potentially harmful elements. 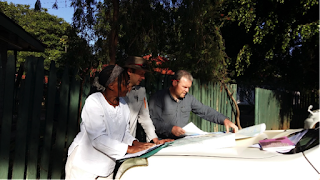 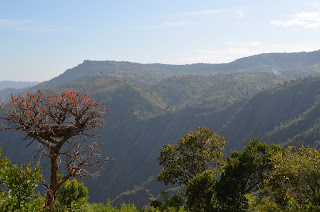 Micronutrient composition of soil and crops in the Rift Valley will improve baseline evidence for a differing climatic zone compared to previous work in Sub-Saharan Africa (see previous blog), to inform future experimentation of agricultural methods that could improve soil-crop transfer of micronutrients for onward health benefits. Training was provided to local counterparts Moi University, University of Eldoret as well as local Public Health workers from the individual district offices in the collection of environmental samples, recording of field data for quality assurance and data management for onward presentation in GIS maps as agricultural planning tools.  Strong working relationships were forged, with clear opportunities for future collaboration with all partners. 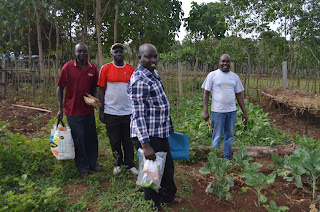 The partnership of the CEG with IARC-WHO (PI) and Kenyan experts from local universities to study the highly-localised prevalence of EC in the Eldoret region of the Kenyan Rift Valley demonstrates the value of cross-disciplinary collaboration between epidemiologists, health practitioners, biostatisticians, geochemists, farmers and local agricultural extension workers. A great deal of interest was created amongst the communities who welcomed the research and could provide useful local knowledge with respect to farming and local health issues.

BGSs’ Dr Andrew Marriott also assisted with fieldwork, along with Dan Middleton (BUFI PhD student).  They will follow-up with a blog describing their first experience of working in Africa and more on the human interest and potential opportunities for varied research with local collaborators (entitled ‘Kitum Cave’).

For more information on the Centre for Environmental Geochemistry click here

Siyame E et al. (2014). A high prevalence of zinc but not iron deficiency among Women in Rural Malawi: a cross-sectional study, International Journal for Vitamin and Nutrition Research, 83, 3, 176-187.

Broadley MR et al. (2012). Dietary requirements for magnesium but not calcium are likely to be met in Malawi based on national food supply data, International Journal of Vitamin and Nutrition Research, 82(3), 192-199.