Being an apprentice at NIGL by Dr Jonathan Lewis 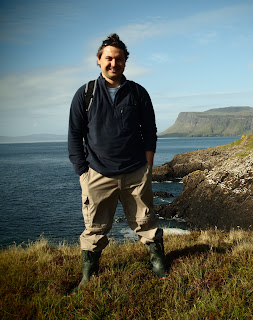 I began my isotope apprenticeship with NERC Isotopes GeosciencesLaboratory (part of the British Geological Survey) in September 2011, following completion of my PhD thesis at Loughborough University.

The post provided training in several aspects of stable isotope geoscience. I started out on sample preparation for organics and bulk carbonate isotope analysis. After several weeks of sample preparation I was trained on the carbonate line for extracting the isotopes and mass spectrometer for the actual analysis. The carbonate line provided essential training on manual analysis before I moved on to more automated advanced mass spectrometry. I gained experience in both organic and inorganic analysis, data that is heavily used in palaeoclimate/ palaeoenvironmental reconstructions.

The NIGL isotope apprenticeship was a fantastic, enjoyable experience and I would certainly recommend this position to any early career researcher with an interest in isotopes in environmental science and wishing to pursue a career either within academia, or in any environmental science laboratory. The job is excellent for career development, particularly for honing old, and learning new laboratory and research skills. I personally feel that I have greatly expanded my knowledge of stable isotope application in environmental change and have gained invaluable experience working as part of a highly skilled team in a professional laboratory (and friendly group) that processes thousands of samples yearly. Special thanks to the Stable Isotope Group within NIGL, especially Chris, Hilary, and Carol for the patient hours invested in training and helping me throughout. Finally, the British Geological Survey at Keyworth must be acknowledged. It’s world class facilities, excellent research reputation, welcoming atmosphere and numerous employee benefits (e.g. on-site gym, social club, canteen etc.) make it an extremely impressive institute and attractive workplace for future geologists.

I now have started a three year post doctoral position at LoughboroughUniversity  working on a Leverhulme funded project titled “Stories of subsistence: People and coast over the last 6,000 years in Denmark”. This project examines links between environmental change in coastal Denmark with changes in human diet within the Neolithic time period. I will be primarily involved in reconstructing past environmental change using a multiproxy approach (diatoms, foraminifera, sediments, isotopes) from sedimentary archives collected from Danish estuaries.

Here are my outputs during my time at the British Geological Survey:

Lewis, J.P., Rasmussen, P., Ryves, D.B., (submitted). Land and sea at Norsminde Fjord and human-environment interactions between ca. 7,000-2,000 BC: a synthesis. To be published in ‘The Norsminde shell midden, the landscape and the fjord. An interdisciplinary study of a Stone Age environment, 7000-2000 BC’ (S. Andersen, ed.).
apprenticeship isotope Jonathan Lewis NIGL PHD
Location: Loughborough, Leicestershire, UK