on October 30, 2020
Lynsey Clayton works in the Sales & Enquiries team at the Keyworth office. Lynsey is keen to promote environmental issues within all aspects both inside and outside of work, and is part of the Environmental Sustainability Working Group.
Walking around and seeing an ever increasing number of ‘Vegan Options Available’ signs outside cafes, bars and restaurants; being able to enter almost any supermarket and find a huge selection of vegan products; and watching as huge multinationals back worldwide bans on animal testing, there certainly is a huge change happening at the moment, and for World Vegan Day on November 1, I’d like to share a little bit with you about what it means to be vegan, and why people make the decision to ditch animal products.

What does it mean to be vegan?

Vegans avoid eating any and all animal products. Some vegans also avoid animal products in their clothing, footwear, accessories, toiletries, household items and avoid products tested on animals. This can be for a variety of reasons - predominantly animal welfare, but can also be for reasons of health and/or the environment.

The Vegan Society defines veganism in this way:

"Veganism is a philosophy and way of living which seeks to exclude—as far as is possible and practicable—all forms of exploitation of, and cruelty to, animals for food, clothing or any other purpose; and by extension, promotes the development and use of animal-free alternatives for the benefit of animals, humans and the environment. In dietary terms it denotes the practice of dispensing with all products derived wholly or partly from animals."

Some may follow a vegan diet purely for health or environmental reasons, and may refer to themselves as plant based. However, those who choose to do so for animal welfare and/or moral reasons, and extend the philosophy into other areas of their lives, opposing the use of animals for any purpose, are ethical vegans, and ethical veganism is now recognised under the Equality Act 2010, as a philosophical belief that is protected by law against discrimination.

Concerns for the environment and climate change have been on the rise, and recent studies have shown that going vegan is the “single biggest way” to reduce our environmental impact. Researchers at the University of Oxford found that cutting meat and dairy products from your diet could reduce an individual’s carbon footprint from food by up to 73%.

Findings published in Science magazine magazine demonstrate how meat and dairy production is responsible for 60% of agriculture’s greenhouse gas emissions, while the products themselves provide just 37% of protein levels around the world. The methane produced by cows, is also 20 times more damaging than carbon dioxide.

Research shows that animal-based products are incredibly resource-intensive, especially when it comes to water. For example, it takes 15,500 litres of water to produce 1kg of beef, compared to just 180 litres for 1kg tomatoes and 250 litres for 1kg potatoes. Since a large percentage of the crops fed to European farmed animals are grown in developing countries, this wasted water comes not only from European reserves but also from the very countries where drinking water is most scarce, and studies indicate that following a vegan diet could significantly reduce the world’s water requirements.

Land use is also a major factor when farming animals. Using 0.4 hectares of land to raise cattle for meat yields only 9kg of produce, yet the same land holds the potential to produce 165kg of protein rich soya beans. Almost 80% of the world’s soybean crop is fed to livestock, and vast swathes of the rainforest are being deforested to clear grazing land and to grow soya feed.

Commercial fishing is another issue which is in the news on a regular basis, with severely depleted stocks of wild fish in our oceans and ongoing damage of the ecosystem, including coral reefs. As a response, the seafood industry has turned to raising fish in contained factory farms – a process known as aquaculture. These farms raise millions of fish in netted cages in coastal waters. Confining so many fish in small areas leads to a host of environmental and health hazards - many of these fish being prone to diseases. 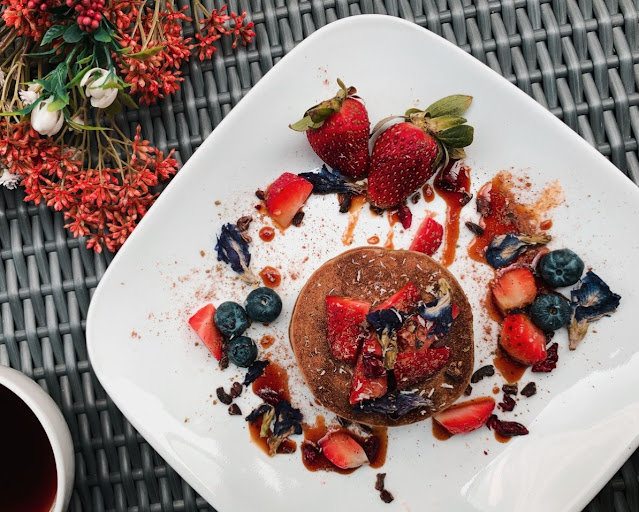 Going vegan encourages you to eat more fruits, vegetables, pulses and other nutrient-dense foods that are proven to boost your health. The average vegan diet contains fewer calories, less cholesterol, and more fibre than non-vegetarian diets. However, it is worth noting that it’s very easy to be a “junk food vegan” and consume lots of sugar and other types of fat. In general though, vegan diets have been associated with lower risks of certain health problems, including high blood pressure, Type 2 diabetes, high cholesterol and certain cancers.

Getting a healthy level of nutrients from a vegan diet is not difficult, and protein is in abundance. However, one common concern is vitamin B12, which is produced by bacteria that live naturally in the soil, as well as some bacteria in our guts. Unfortunately, due to certain farming methods, soil depletion and the extensive washing of produce, there is an insufficient quantity of naturally occurring B12 in the soil to be passed to us via the vegetables we eat or grazing animals.

Animals are therefore often supplemented with B12 and, if you have been eating a non-vegan diet, your supplement has come to you second hand via another animal. This is not the most reliable form of B12 and it is therefore recommended that everyone - no matter their diet - supplement, or use fortified foods (cereal, nutritional yeast, plant milks and so on).

It's Easy being Vegan

It has become considerably easier to become vegan, and supermarkets are constantly launching new and exciting products. Many vegans are not vegan because they didn’t like the taste of meat, but because they want to enjoy food without contributing to animal suffering or slaughter in the meat, egg and dairy industries. Therefore replacement products are very popular, and brands are now battling for our custom. There are also lots of products you may know and love, without realising they are vegan. Co-op doughnuts and fruit pies, jelly tots, Fry’s chocolate cream, and most varieties of bacon flavoured crisps – even Pizza Hut’s bacon bits are, and have always been, vegan!

At the risk of mentioning Christmas too early, I’m going to share a favourite recipe of mine, from our time in Denmark, the traditional dessert, Risalamande, which we have “veganised”.

If you’d like to find out more information about the topics I’ve talked about, the Viva website is a fantastic resource… or, perhaps you feel prompted to give it a test run, so why not take a look at signing up for Veganuary.

This dish forms a staple part of the Danish Christmas dinner menu, and also incorporates a popular Christmas game in Denmark and other parts of Scandinavia; one portion of rice pudding traditionally contains a whole almond and a prize is given to the person who ‘finds’ it.
Ingredients
(Serves 4)
200g Pudding Rice
800ml Almond Milk
70g Organic Peeled Almonds – finely chopped (leave one whole)
100g Vanilla Sugar (pre-mixed) – or make your own with sugar and vanilla essence
400ml Soya Cream Jar of Cherry Sauce (or cherries in sauce)
Directions
Place rice in a pan with cold milk – bring to boil – simmer – then remove from the boil, wrap in towel and leave for 2-3hrs.
Mix in cream, vanilla sugar, and almonds.
Place in fridge to chill before serving.
Warm the cherry sauce, and pour over rice to serve.