Unearthing the Brand: a New Logo for Understanding our Earth / / by the Comms Team

Our blog post today is rather special, as we unveil our brand new visual identity which will reflect and support our refreshed five-year science strategy ‘Gateway to the Earth’.

Our logo has followed a similarly long transition. Our 1846 crest, when we were named the Geological Survey of the United Kingdom, can be seen above. In 1965 as the Institute of Geological Sciences we began to use the NERC logo, pictured in one of its forms below.  In January in 1984, the newly named British Geological Survey ran a staff competition to design our new logo. The competition – and £70! – was won by Rodney Walshaw, whose logo was used until December of 1984, when it was simplified. In 1988 the logo was changed once more to its most recent iteration, although originally in black and white, which later changed to the recognisable purple of the logo we used until today.  You can see examples of these logos in orange, which was the internal colour we used for noticeboards and other internal communications.
Now, with BGS being taking in a bold new direction by our recently appointed Executive Director, Karen Hanghoj, coupled with our new science-strategy comes a brand new look, which takes inspiration from both our rich geoscientific history and the Earth itself.

The British Geological Survey in 2020 is a world-leading, impartial and independent organisation providing objective, expert geoscientific data, information and knowledge to understand our earth and help society flourish. We’re a modern, progressive organisation looking to the future and we want our brand to reflect that.

The Earth is made up of beautiful, natural colours, which we wanted to echo in our branding. While our initial colour palette is made up of stone and earthy grey, our supporting colours feature eleven more hues that take inspiration from the land, sea and sky. 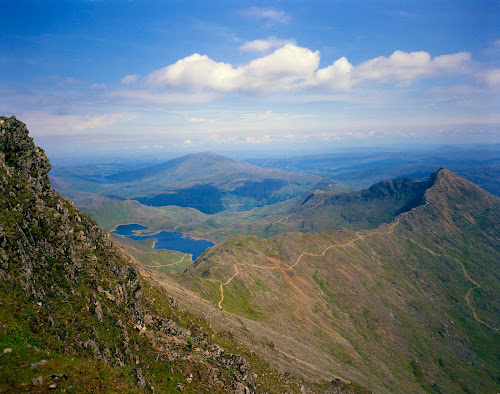 Our brand ‘strata’ is based around the surface and the subsurface as BGS strives to increase the understanding of our Earth. Our new logo features this strata, which gives equal status to both above and below ground, while the strata’s circle also represents the work we do globally. The strata will be used throughout our branding to highlight points of interest, while always maintaining focus on our science.

We hope that our new branding will align BGS as a world-class geoscientific institution that conveys its science in an accessible and easy-to-understand manner. As we move forward in implementing our Science Strategy we aim to ensure that the brand supports us and reflects the challenges that BGS aims to help solve.

Our thanks go to Nottingham-based creative agency ThreeRooms who we worked with extensively during all phases of the rebrand.