Back to geoscience research after a career break...by Andrea Snelling 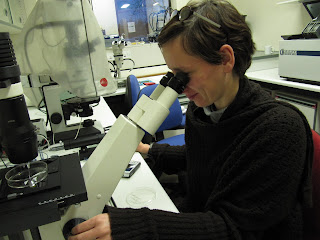 Working in research is brilliant but at times it can be tough. Post-doctoral work often means working on short-term contracts ranging from a couple of months to several years, with the constant shadow of where or when the next position will be. Trying to get a foot in in the first place can be extremely hard and finding a permanent position can feel like an impossible goal. There is always so much competition and it often feels as if you are on the back foot and of course there is the perpetual voice of doubt of “when will I be found out?”

Taking a career break as an early career researcher could perhaps be viewed as less than smart but sometimes life just works out that way and anyway when is a good time to take a career break? The bigger issue perhaps is how do you get back in again? If you want to return to research following some time out, especially if you haven’t got a job to go back to can be a big challenge. So many doors seem to have closed, techniques have moved on and your publication record has likely gone into dormancy. From personal experience I felt like I’d blown my chances of working in research, I’d made a decision to take some time out, and getting back in was proving difficult. It’s hard not to take job rejection personally, especially when vacancy after vacancy gets filled with others who have more recent relevant experience. Job applications are draining, interviews are nerve wracking and rejections are demoralising, but somehow you keep going, just one more.

I’d got to the “just one more attempt” before facing up to the “I’m going to need to make a career change” place when I found out about the Daphne Jackson Trust Fellowship scheme. They offer a fellowship for people who have had to take a career break of more than 2 years and, along with a host institution provide funding and support, including retraining for a part-time, two year research position in a STEM subject. It seemed to be the perfect opportunity to return to research and there was a sponsored position available at the University of Nottingham. I allowed myself a small sideways look at hope. 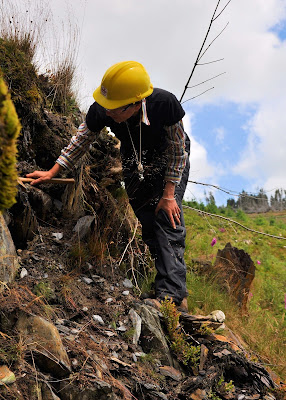 I knew I wanted to get back into palaeoclimate research using diatoms (photosynthesising algae) for silicon and oxygen stable isotope analysis. I had the basis of an idea of what I wanted to do and so I approached a contact in the School of Geography that were happy to support me. The application process is rigorous and there are several selection stages to go through before you are invited to put together a proposal of the research idea, which is then peer reviewed. It felt empowering to write the proposal for a project that I hoped I would get the opportunity to complete and the support from both the trust and university was exceptional.

Being offered the fellowship was amazing and renewed my faith in myself that this was something I could do and that other people believed I could do it too, a feeling which had been lacking since I’d decided to return to work.

I’m now three months into my fellowship: Assessing the role of biogeochemical cycling in the North Pacific and the Bering Sea through the Mid Pleistocene Transition. I’m up to my eyes in sample preparation and I’m looking forward to learning new techniques in silicon isotope analysis with the Stable Isotope Facility within the Centre for Environmental Geochemistry at the BGS. I’m really happy to be back in the depths of research and the potential of what is yet to come.


Andrea has started her Fellowship working with George Swann at the University of Nottingham and Melanie Leng at the BGS.