A bit about me… 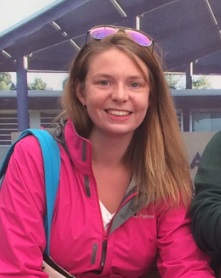 Hi, my name is Charly and I am a second year PhD student at the University of Nottingham in the School of Geography and part of the Centre for Environmental Geochemistry at the BGS. Let me start by introducing what I do. I am investigating the impact of aquaculture (in this case, the high intensive farming of fish in cages) in freshwater lakes on the island of Luzon, in the Philippines. I will be using the physical, chemical, and biological information (i.e. proxy data or indicators) preserved in sediment profiles to help me reconstruct how past environmental conditions have changed within these lakes.  Stable isotope analysis is an important part of my research as I will be using carbon and nitrogen isotopes to determine changing levels of productivity and sources of organic matter (terrestrial vs. algal) within these lakes. This will help to disentangle the impacts of aquaculture from other catchment effects such as climate.


So  a bit about the stable isotope course…


On the 31st October I joined 29 other PhD students for a two day Stable Isotope Geochemistry Training Course held at the British Geological Survey.  Since we all intended to use stable isotope analysis as part of our research it was an ideal opportunity to learn more about this technique and its many applications. Over the next two days we were treated to a number of very informative lectures starting with an introduction to stable isotopes (Dr Jack Lacey, BGS) and how a mass spectrometer works (Kyle Taylor, Elementar) to the palaeoclimate applications of oxygen isotopes (Prof Melanie Leng, BGS) and nutrient cycles (Dr Andi Smith, BGS).  We also got to appreciate the diverse uses that stable isotope analysis can be put to. For example, in the field of archaeology stable isotope analysis by Dr Angela Lamb (BGS) on the remains of Richard III has been used to give an insight into his life. This has ranged from using oxygen isotopes to determine where he lived at different stages of his life to using carbon and nitrogen isotopes to see changes in his diet after he became king. Other interesting applications are the use of a range of different isotopic ratios from animal tissues to understand changes in food web structures and animal diets (Dr Jason Newton, SUERC) and isotopes in geological applications (volcanic hazards and mineral deposits, Prof Adrian Boyce, SUERC).


One of benefits of attending the course was to make contact with other students and on the first day each of us was called on to give a speed talk on the subject of our research. It was fascinating to see the wide range of projects being undertaken using stable isotopes from using carbon and sulphur isotopes to determine flame retardant contamination from land fill sites in the UK gull populations to the use of strontium to help find people missing in Guatemala.

One of my personal highlights of the course was a tour of the geological walkway and the geological repository.  The geological walkway is a selection of different rocks from each of the geological periods in the Earth’s history from the Precambrian to the Quaternary. Here we got to see Lewisian gneiss, the oldest rock in Britain! On our second day a tour of the National Geological Repository included a stop to see 500km of sedimentary core archives, its sheer size making you realise the huge amount of scientific research that is carried out at the BGS.  We also got to see the isotope facility, 16 different mass spectrometers (!) that are used in analysing the different isotopes such as oxygen, silicon, carbon, nitrogen, hydrogen and sulphur (and then there are all the heavier mass isotopes in the radiogenic part).

I would like to thank Prof Melanie Leng and all the other educators (from both BGS and SUERC)  that made this course so informative and useful. On a personal note I made many new friends who I am sure I will keep in touch with throughout my academic career.
aquaculture carbon isotopes Centre for Environmental Geochemistry freshwater lakes nitrogen isotopes palaeoclimate stable isotopes University of Nottingham