Carbon capture and sequestration in peat in response to positive and negative feedbacks...by Coleen Murty 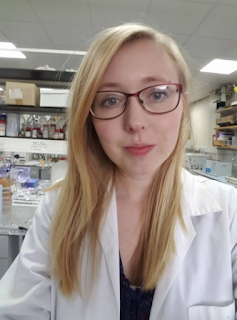 I am a PhD student who recently started an EPSRC-funded studentship in collaboration with Newcastle University and the Organic Geochemistry Laboratory at the British Geological Survey, working with Dr Geoff Abbott and Dr Christopher Vane. The project will focus on harnessing the carbon-storage capacity of peatlands by investigating a series of organic supplements which can release phenolic compounds and test whether these can suppress greenhouse gas release.

In spite of various studies focussing on enhancing carbon capture in the oceans and on land through afforestation, there has been no known attempts at increasing the carbon storage capacity of peatlands or utilizing them to store externally captured carbon.


Northern peatlands are one of the largest terrestrial carbon sinks on the planet, storing approximately one third of global carbon stocks, equivalent to ~547 Gt of carbon.  Ombrotrophic peats dominate in high latitudes, temperate climates and are characterised by acidic conditions and low microbial degradation rates which result in net carbon sequestration. Evidence suggests that global warming is amplifying the global hydrological cycle, thus causing periodic variations in the water table across the northern peatlands. Resulting implications could mean changes to feedback mechanisms controlling rates of carbon accumulation/decay in peatland areas – potentially converting a current global carbon sink to a carbon source. 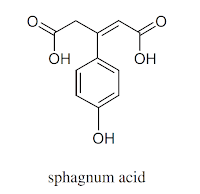 Sphagnum moss is the dominant peat-forming species which is abundant in acidic ombrogenous bogs. They contain biologically active phenolics which act as structural support components and inhibitors of microbial decomposition. Sphagnum cell walls are very recalcitrant, as they biosynthesize high amounts of phenylpropanoids (e.g. trans-sphagnum acid). Sphagnum acid is a phenolic secondary metabolite produced to restrict plant degradation by providing structural support to cellulose within the cell wall and increasing the cells water-holding capacity.

This research aims to investigate sphagnum acid in more depth by determining which form it primarily exists within peat - in its free form or bound form within the cell. Results could give insights into the best way of preserving carbon. In order to answer the question of whether capture and sequestration of carbon in peat is feasible, the chemical nature peat organic matter must be understood at a deeper level.
carbon storage Chris Vane EPSRC Geoff Abbott Newcastle University organic geochemistry peatlands sphagnum moss