Millions of years of lake sediment: looking at the links between climate change and human evolution...by Jonathan Dean 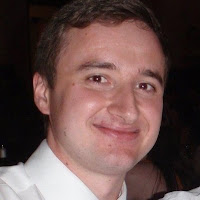 Jonathan Dean is a Postdoctoral Research Assistant working at the Stable Isotope Facility at the British Geological Survey, and here he gives us an update on the research project he is involved with, investigating climate changes and human evolution.

I’ve just returned from Atlanta, where around 50 scientists from the US, Canada, UK, Europe and Africa came together to discuss progress on our project, the Hominin Sites and Paleolakes Drilling Project. In short, we are analysing the ancient sediments from five lakes in Ethiopia and Kenya, close to places where anthropologists have discovered the remains of ancient Homo sapiens (our species) or our ancestor species. Combined, the sediments from all the sites span the time from close to the present day to millions of years ago. By analysing the changes in the chemistry of the lake sediments, and how this changes back through time, we are trying to establish how climate change may have contributed to the biological evolution of humans and cultural changes such as migrations out of Africa.

As I discussed in a previous blog, the lake I’m working on – Chew Bahir – has sediments that probably span the last 500,000 years or so, and is close to the site where the oldest known Homo sapiens remains have been found. In the autumn, I started analysing these sediments, and so far have probably gone back from the present to about 100,000 years ago or so. I have found large changes in the ratio of one type of oxygen to another, which indicates that there have been big shifts from wetter times when the lake was fairly fresh, to drier times when the lake would have been salty. Our samples are stored in laboratories in Minneapolis and this week I received my latest samples from there, so it’s back to the lab in the Stable Isotope Facility to extend our record of changes between wet and dry further back into the past.

Other scientists in the UK, Germany and Ethiopia will be using other methods to help in the climate reconstruction, such as looking at changes in what species of diatoms (algae formed of silica) are present and using x-rays to look at what types of sediment were washed into the lake. In combination, our different methods will hopefully allow us to accurately reconstruct the past climate changes in this part of Africa. In particular, we’re interested in what the climate of the area was like when Homo sapiens evolved, around 200,000 years ago, and later on when some started to migrate out of Africa. We want to establish whether climate changes occurred around these times, and so to understand if these could account for the timing of our evolution and migrations.