Dinosaurs and disasters: a summer of pseudo-science...by Kirstin Lemon

on July 31, 2015
With the school holidays upon us, there is the usual plethora of movies to see in the cinema, all in a vain bid to cash in on poor unsuspecting parents that are trying to keep the kids entertained. Super heroes and strange yellow creatures are all popular but, it is the dinosaurs and earthquakes that are proving to be the box office smashes. But just how accurate are these movies with regards to their scientific content and are they providing misinformation to a media-driven society.

Let's start with San Andreas. We all know the name San Andreas, it's probably the only fault that everyone knows by name, so there's no prizes for guessing that this movie is about earthquakes. The general story line is that a number of seismologists make a breakthrough in earthquake prediction whilst visiting the Hoover Dam in southern California. Rather coincidentally, a previously unknown fault ruptures triggering a magnitude 7.1 earthquake causing the dam to collapse, killing one of them in the process. It turns out that this is just the beginning of a series of events that occur all along the San Andreas Fault system including a huge magnitude 9.1 earthquake that destroys pretty much all of southern California, and ends with a monstrous tsunami that devastates San Francisco Bay.

So what about the science; is any of this actually possible? First of all, we all know that this fault system exists, but it is not capable of producing earthquakes of such a high magnitude. San Andreas is a strike-slip fault, meaning that two plates are moving past each other horizontally. Generally, they don't build up as much stress as other types of fault so it is unlikely that it would get above magnitude 7 or 8. Secondly, strike-slip faults are not generally capable of generating tsunamis, and certainly not ones of the size seen in the movie. This scale of tsunami requires a subduction zone, when one plate is being forced downwards into the mantle, causing huge earthquakes. When this occurs far out at sea, the water above is displaced and a tsunami can be generated. The list could go on but I think you're getting the point. 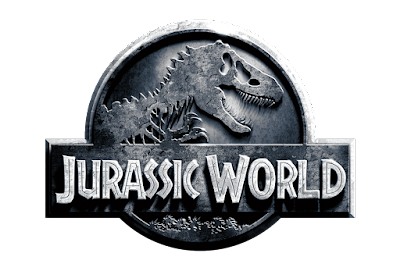 Now let's move on to Jurassic World. It was one of the most hotly anticipated movies of the year, being a sequel to Jurassic Park that was released back in 1993 (there were a couple in between but it's best not to talk about them). The story now is that after the disastrous attempt at opening Jurassic Park, the owners have worked out all the problems and have opened Jurassic World, the first dinosaur-based theme park. All of the old favourites are there Stegosaurus, Tyrannosaurus, Ankylosaurus, baby Triceratops (aw, how cute) and of course the dinosaur that everyone loves to hate, the Velociraptor. It is also revealed that the Jurassic World scientists have been breeding genetically-engineered dinosaurs who of course turn out to be lethal and wreak havoc on the park.

There is obviously a happy ending, it's Hollywood after all, but what about the science in Jurassic World? Well first of all, the name is a bit of a sore point as many of the dinosaurs that feature in the movie didn't live during the Jurassic period at all, and were in fact from the Late Cretaceous. Secondly, the Velociraptor would actually have been the size of a turkey when they were alive and would have been covered in feathers. The Tyrannosaurus would likely have had feathers too but this wasn't shown in the movie either. One of the new additions to Jurassic World was the the mososaur, a huge marine reptile that was portrayed to be almost twice its actual size. Again, the list goes on but you're getting the picture.

So the general consensus is that accurate science is lacking in the majority of the movies that are released in our cinemas. We all know that Hollywood needs to make jaw-dropping, fast-paced, non-stop action movies, otherwise they don't sell so they have to stretch a few truths. But is there anything really wrong with that?

One of the unexpected consequences of San Andreas is an increase in the awareness of earthquakes in California. It is estimated that only one-tenth of people living there are prepared for a large earthquake. Since the movie was released it has got people talking and the Federal Emergency Management Agency (FEMA) has teamed up with the producers to create a multi-media campaign that focuses on earthquake preparedness.

The majority of geologists are drawn in at an early age by the exciting elements of the science; mostly earthquakes, volcanoes and of course dinosaurs. As a young girl, I can still remember watching Jurassic Park back in 1993 and was completely blown away. It inspired me to become a scientist and I am sure I am not the only one. Jurassic World is now doing the same and as I sat in the cinema and looked round at the sea of young faces, including my two young children, it is apparent that a whole new generation of scientists has been born as a result.

I know there will be purists that read this who think that the inaccurate science and the misinformation provided by Hollywood is damaging to the science of geology, but personally I think that we should be thankful. In our digital age there is no mechanism more powerful to spread the message of disaster preparedness or to inspire the next generation than the silver screen, and the obvious social media frenzy that these then generate. I think that if you ask the majority of geologists what inspired them to take their chosen career path, the answers may be unsurprisingly similar to my own.