on February 12, 2015
Time to introduce you to another of our research scientists. Emrys Phillips is based in our Edinburgh office working as a mineralogist / petrologist. Well…..that's what he does officially. Unofficially we know him as a lover of deformed dirt – the more folded, faulted and fractured the better! He is also known for coining catchy terms to describe his work……research into the effect of hydrodynamics at the base of glaciers becomes an interest in slippery bottoms, whilst a glacier that has shed its lower decaying section in response to climatic forcing is likened to a lizard shedding its tail in self-preservation.

﻿
So how did this master of slippery bottoms, zombie glaciers and catchy phrases get to his current position? After completing his Ph.D in Cardiff, he joined BGS in 1990, and now specialises in using structural (macro and micro morphology) to investigate deformation. He puts down his move 12 years ago into all things sub-glacial and glacitectonic (deformed by glacial activity) as being down to two BGS colleagues who asked him innocently enough if he could look at some thin sections of glacial sediments. And cue – release of the inner child! “So why’s that then”, “So what’s that” were apparently common phrases during his initiation into the world of ice – now it’s a phrase that his Ph.D students are very used to him asking of them!

His work has taken him to many exotic places, including the United Arab Emirates, Canada, Iceland, Botswana and Oman, as well as a variety of projects in the UK……..don’t get him started on chalk rafts in North Norfolk!! Common research themes now include the role of glacitectonism in subglacial landform development, understanding the complex signatures imparted on glacial sediments in response to polyphase proglacial, ice marginal and subglacial deformation; subglacial processes and glacier bed deformation, and its control on the forward motion of glaciers and ice sheets, and bedrock controls on subglacial landform distribution.
Now I’ve been on fieldwork with Emrys so I know that unusual animal occurrences tend to follow him about for some reason (cue the Cheeseman’s gerbil sharing a bevy in the desert) so I was semi-prepared when I asked him about his strangest fieldwork experience…..


“For a few years I was doing a lot of field work in the United Arab Emirates. This one lunchtime on a slightly blustery day I watched for about 30 minutes whilst 4 or 5 crows played with a plastic carrier bag. They grasped the handles of the carrier bag in their claws and then flew up high. At the right height they flipped onto their backs and spiralled downwards using the carrier bag as a parachute. Once one of the birds had descended the next took up the bag and did the same.  It was one of the strangest things I have seen on field work.”
I also asked about his best and worst fieldwork moments…… the best in his own words was
“working for the summer as a senior geologist with the Newfoundland and Labrador Geological Survey. We were camped at the end of a flat gravel terrace in a river valley in Labrador. One night we heard a noise and thought it was black bears raiding the rubbish (again!!) The bears were a bit of a pest on that score. But it turned out to be a few caribou near our camp. We sat out on the gravel terrace for about 4 to 5 hours watching as the open expanse of gravel filled with caribou. It just so happened that we were camped on the migration route of the George River Heard and in the following 3 to 4 days approximately 30,000 caribou passed through the valley. It was an amazing thing to witness, one of the world’s greatest migrations and I was sitting in the middle of it.”
And the worst……..
“running out of beer, red wine and HobNobs on a recent field trip to Iceland”!

I asked why he loves his job so much (apart from the obvious inner child who adores playing with mud pies!) The response was simple – it’s all down to the people he works with.
And three final facts about Emrys – he has the best collection of painted Doc Martin boots you are ever likely to come across; he enjoys a spot of climbing and he is an incredible photographer! 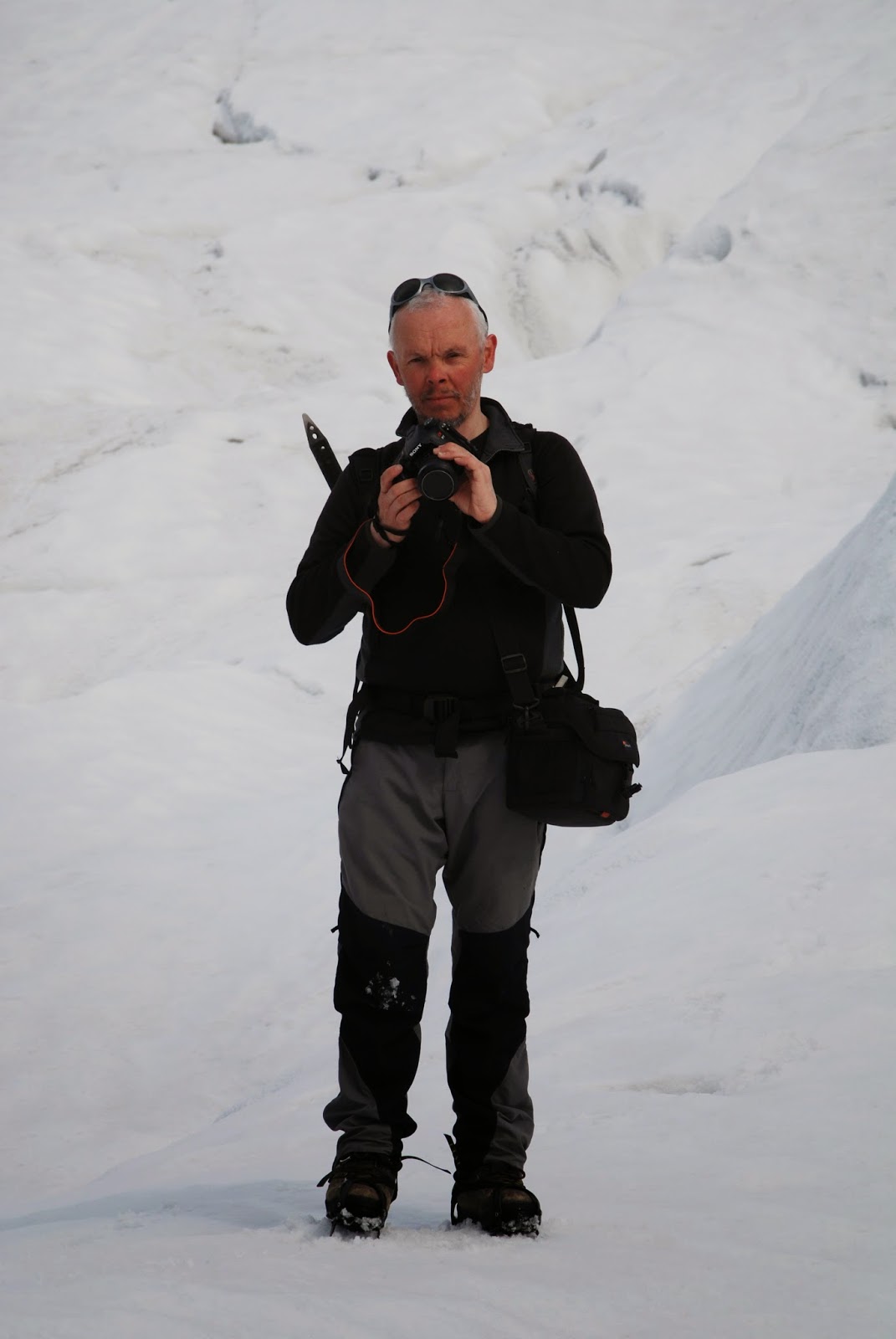 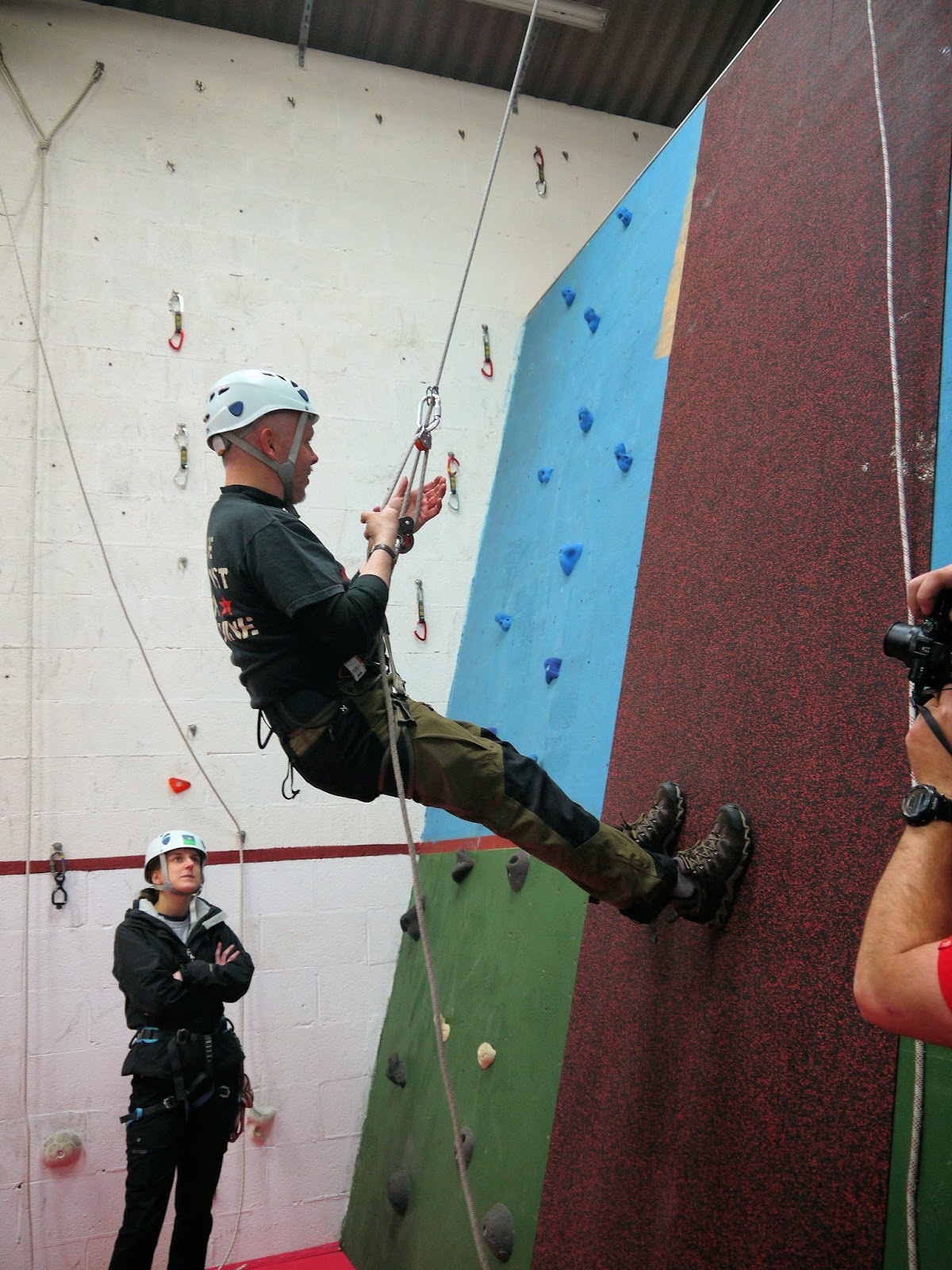