Secrets of Ascension... by Charlotte Vye-Brown 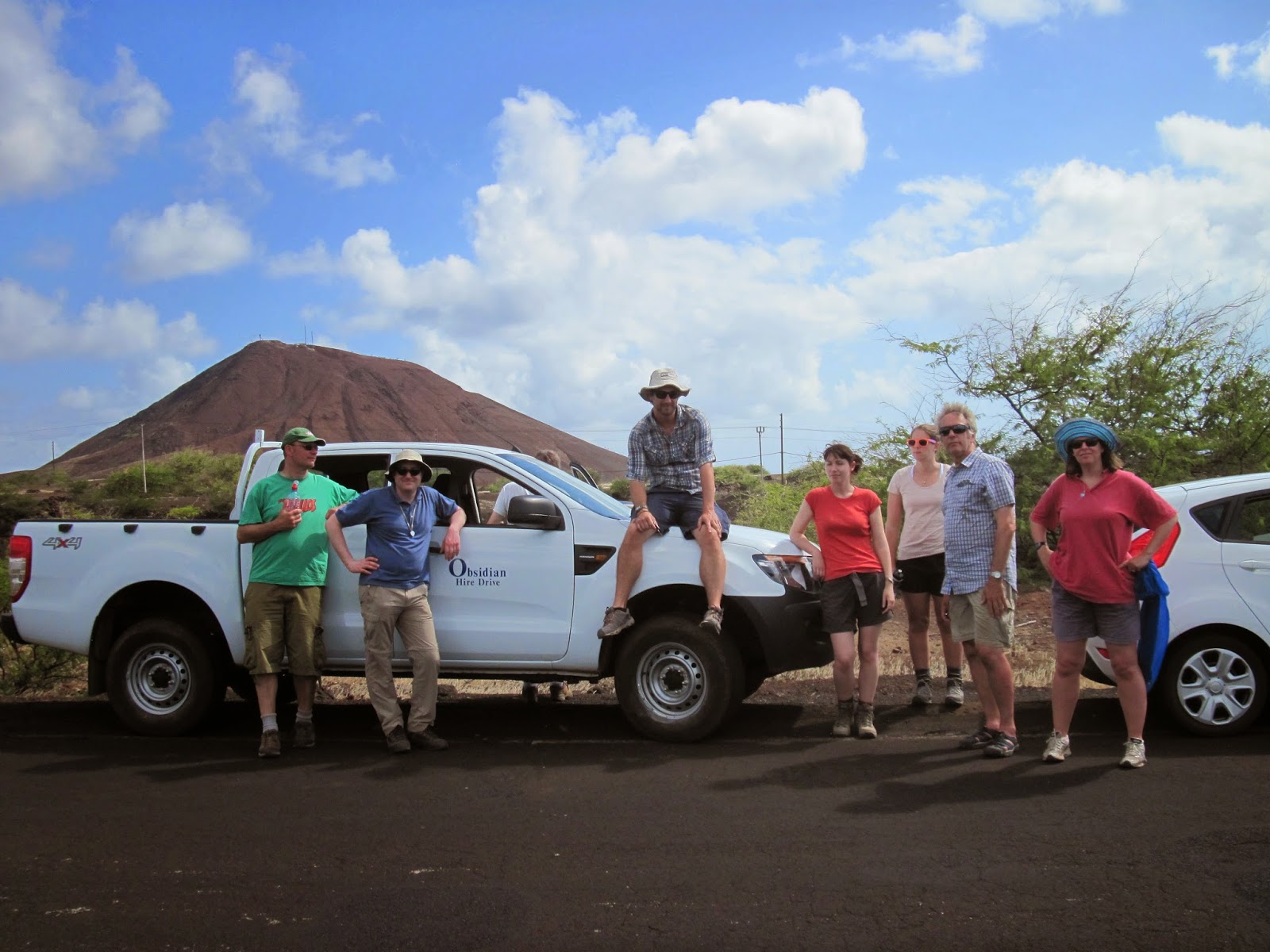 Charlotte Vye-Brown, BGS volcanologist, visited the remote (but British) island of Ascension last fortnight to begin unravelling it's eruptive past. The island might look like a tropical paradise but it isn't everything it seems. The Island is actually a huge volcano that rises 3-4 km above the surrounding sea floor, 90 kilometers west of the Mid-Atlantic Ridge. It's just the very tip, 1% of it's total volume, which pokes out above the crystal blue sea. Very little is known about the eruption history of the Island and no one knows what might be in store in the future. Enter a team of researchers from the BGS, University of East Anglia, Durham University and the Scottish Universities Environmental Research Centre with a Leverhulme Grant...

I departed from Brize Norton RAF station in Oxfordshire on a chartered plane which was routed for the Falkland Islands and was only stopping off at Ascension to refuel. We flew through the night and arrived in time for sunrise over the island. As the plane circled to reach the runway at the southwest end of the island we could see the central Green Mountain towering over thick rubbly lava flows forming aprons which have extended the coastline of the island into the sea and high steep-sided cinder cones from which eruptions produced fire fountains of lava. 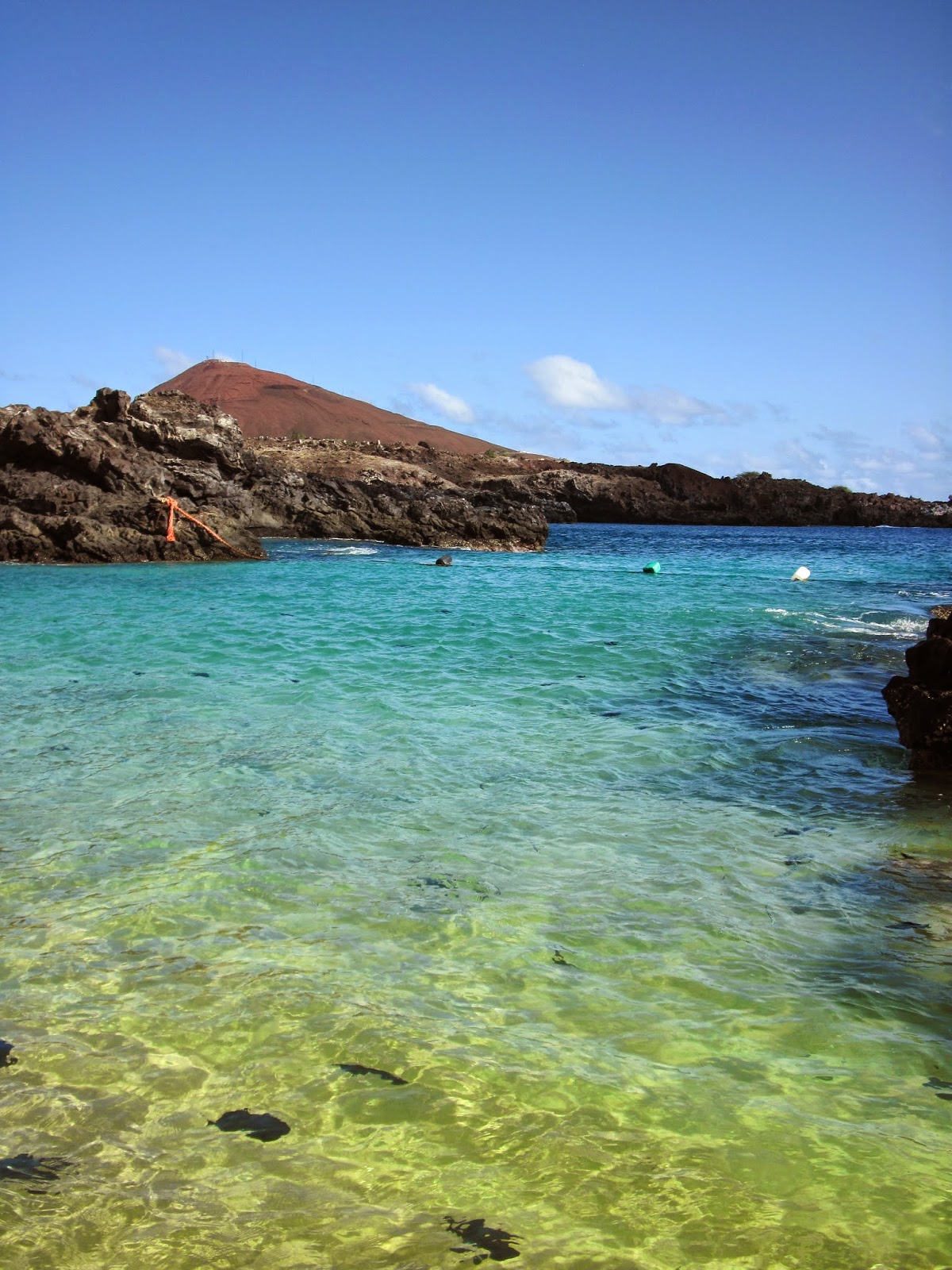 Vegetation is sparse and concentrated around the aptly named Green Mountain leaving the fresh-looking lava flow tops well-exposed over the remainder of the island ready for geologists to investigate. We have to share our territory with colonies of birds that leave evidence of their visit on the otherwise pristine lava surfaces and land crabs. 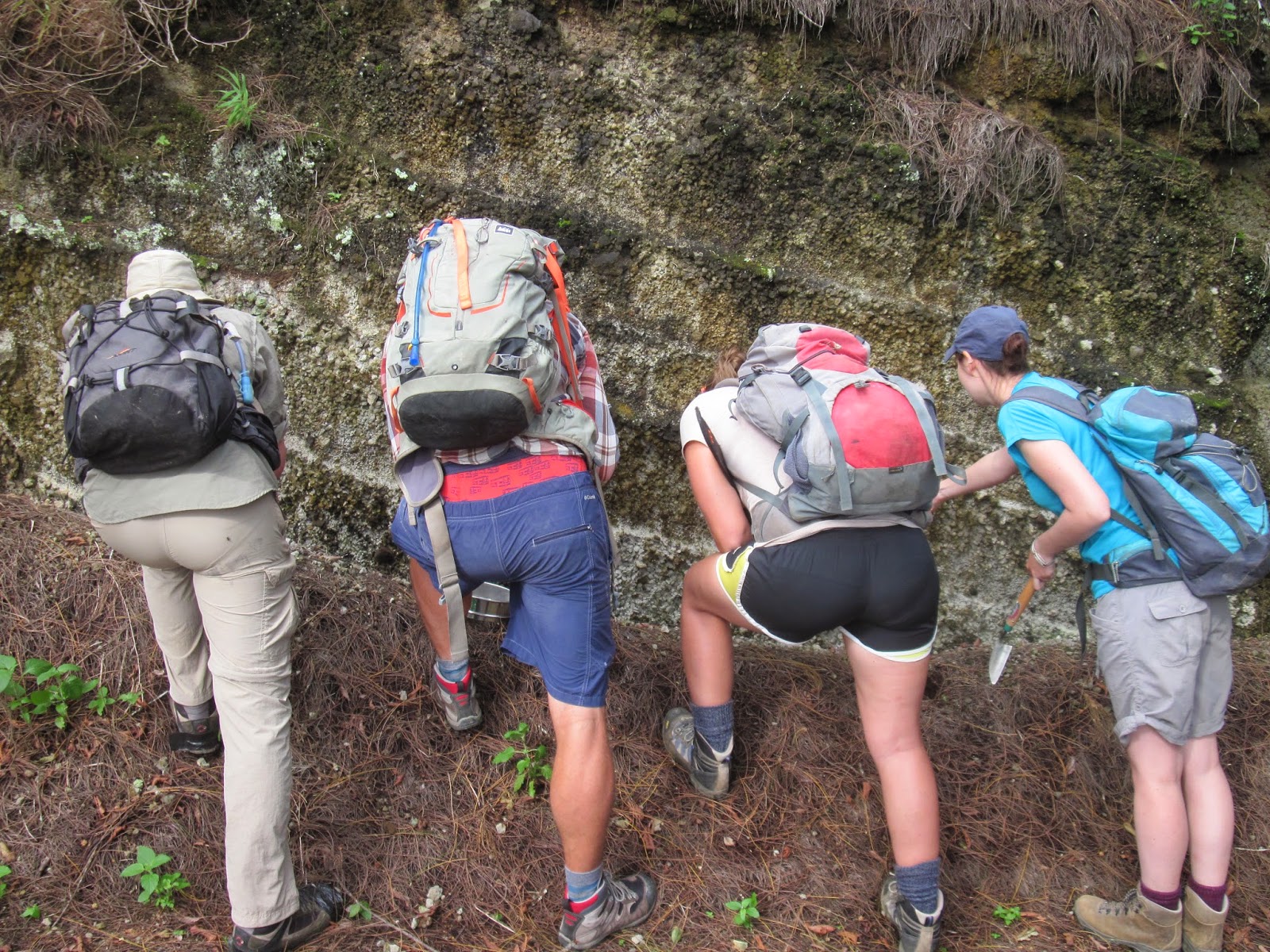 We're on the island to look at the volcanic deposits, to map and sample deposits to reconstruct the past volcanic eruptions which have formed this island. We also met with many people living and working on Ascension to improve our understanding of island life and how a future eruption might impact on this community. 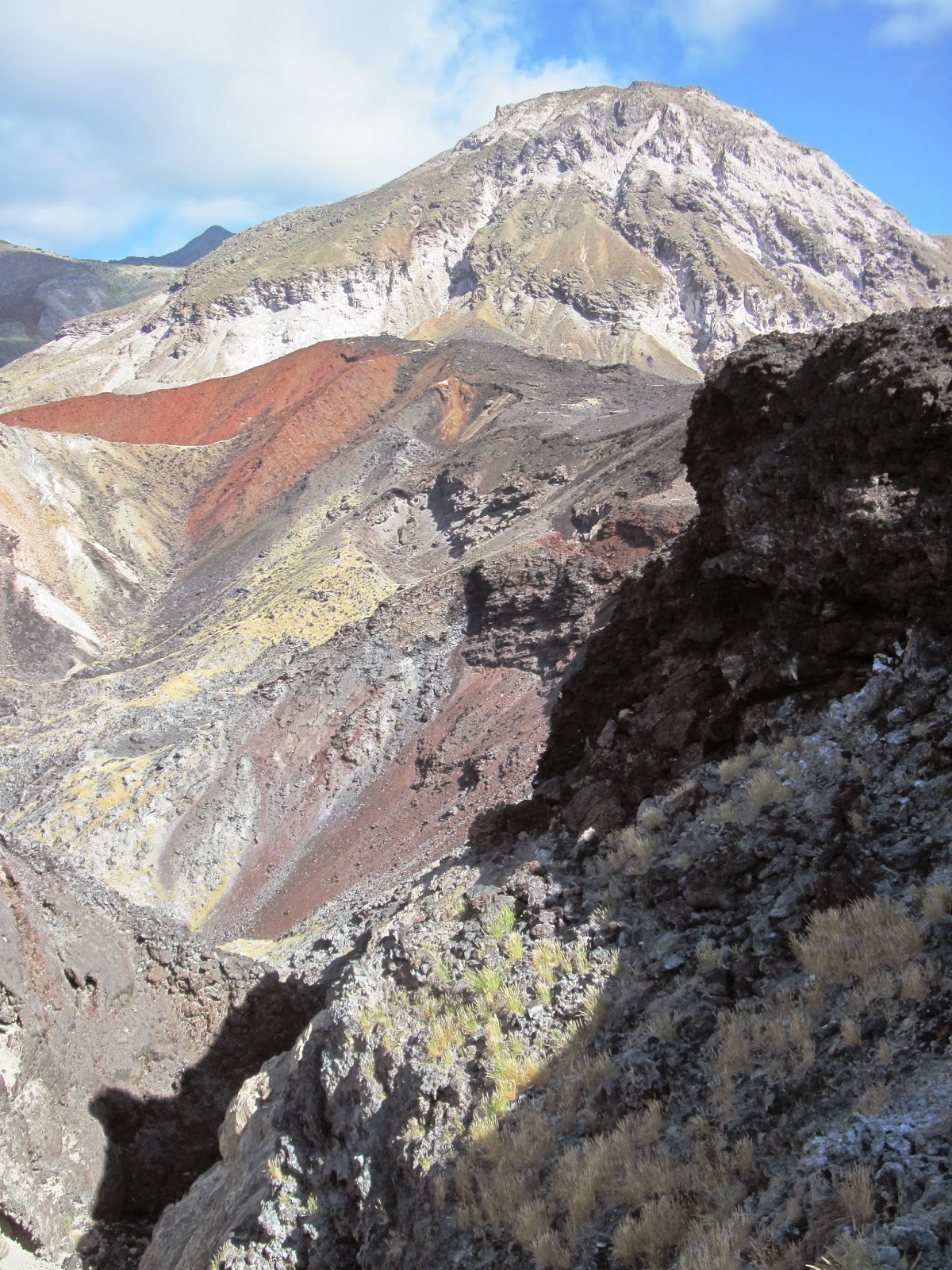 We visited sites all over the island, from the rhyolite lava flows and trachyte domes forming Green Mountain, to cinder cones, lava flows, pumice and ash fall deposits that blanket the surrounding land. Representative samples were taken and shipped for analyses back in the UK. They will take 6 weeks to get back to the UK but once there they will be processed to disentangle the magmatic and volcanic history of the island. We will soon know much more about this fascinating island and be able to answer questions such as ‘when was the last eruption?’, ‘why is Ascension volcanic?’, ‘what have previous eruptions looked like?’, and ‘what might happen if Ascension erupts again?’ 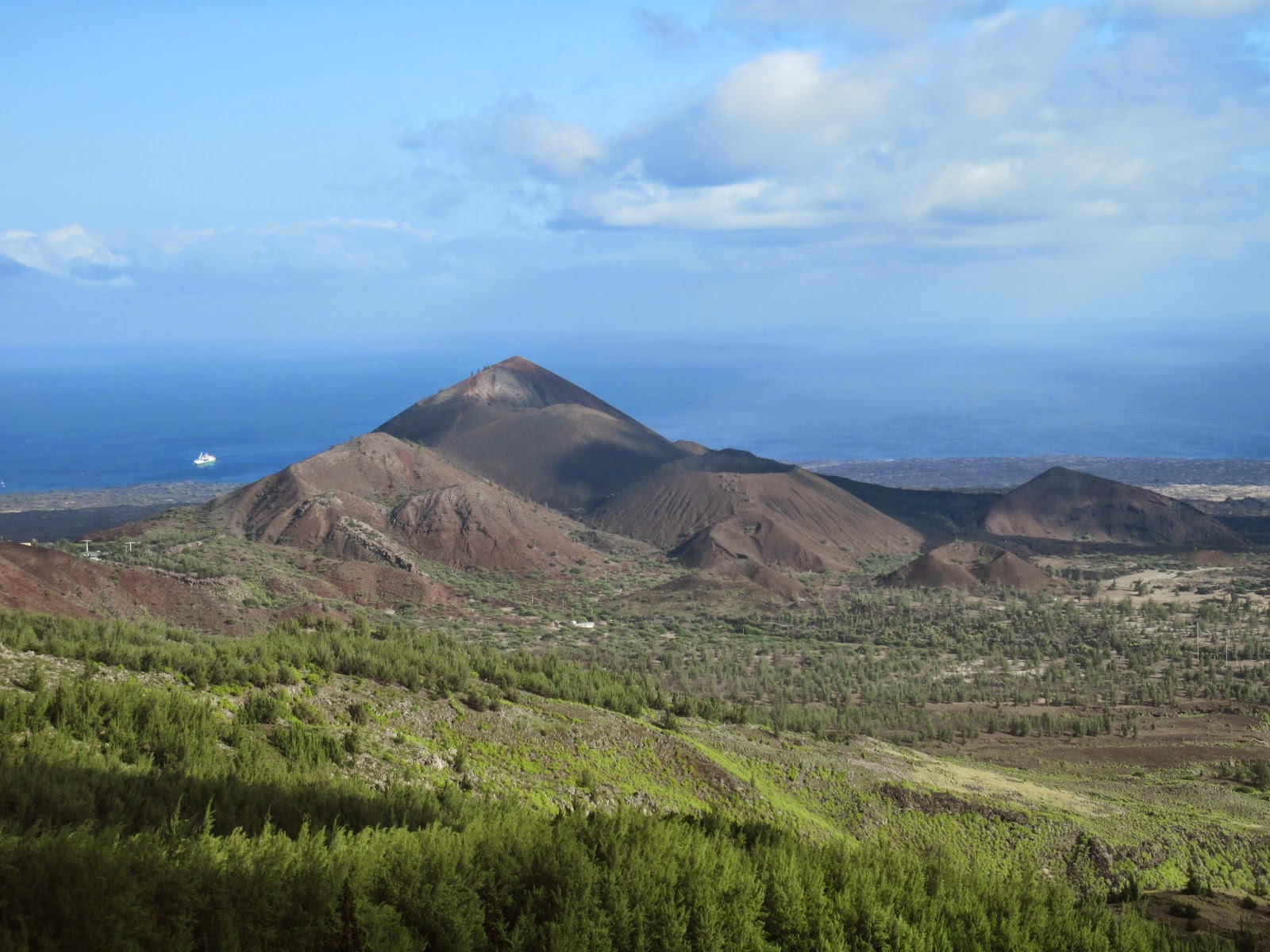