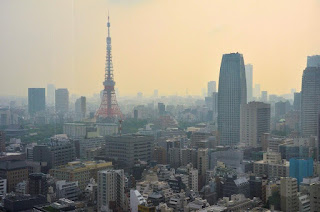 9 hours ago I touched down in Tokyo, Japan. I'm on my way to Sendai to represent the UK geoscience community on the ICDP Executive Committee. Here I fill you in on what I have learned so far about the ICDP funding process...

In 2012 the UK became a member of the ICDP, membership was sponsored by the British Geological Survey for the UK's geoscience community for up to 5 years. This enables us to apply for ICDP funding to drill through rocks and sediments as well as participating in (already funded) international ICDP programs. There has been a  lot of activity in the past year, UK scientists' are partners on a number of full proposals currently either underway or under consideration. For example Prof Philip Barker (Lancaster) is a Co-I on a project to drill Lake Challa in the foot hills of Mt Kilimanjaro. The workshop was funded and took place last year, and the full proposal is currently under consideration with ICDP. Prof Henry Lamb (Aberystwyth) is a Co-I on the part ICDP funded project: Hominin Sites and Palaeolakes Drilling Project (HSPDP) . I am a Co-I on Scientific Collaboration on Past Speciation Conditions in Ohrid (SCOPSCO) which is a lake in the Balkans which has recently been successfully drilled (see previous blogs).

Funding through the ICDP is approved through a process involving three committees: Firstly the Science Advisory Group (SAG) meets. This group last met in May where they considered the scientific cases proposed for both workshops and full proposals. Dr Kathryn Goodenough (BGS) is the UK's representative on the SAG. At the SAG each proposal (workshop and full) is described by "leaders", followed by a discussion. The highest regarded proposals usually have a clear understanding of the geology and often contain geophysical data. The proposals are graded 1-5 and a written agreed assessment of each proposal then goes to the Executive Committee (EC). The next EC meeting is the one I will attend next week in Japan.

It is the EC's responsibility to review SAG's recommendations and scientifically prioritise the project proposals. The EC place the fundable projects into a plan, considering both the funding requested and that is available. The EC then report decisions to the Assembly of Governors (AOG) who provide financial and scientific oversight. The AOG also make major policy decisions and review membership. Te AOG meet directly after the EC.

The UK has members on the three boards that oversee ICDP activities. Prof John Ludden (BGS Director) sits on the Assembly of Governors, I sit on the Executive Committee and Dr Kathryn Goodenough (BGS) is part of the Science Advisory Group. Please feel free to contact us about any ICDP related activities. The next deadline for ICDP proposals is January 2014. You can keep up to date with ICDP-UK activities through the website.

When the proposals have been reviewed and decisions made on funding I will blog again.